From interest rates to generational preferences, these are four key trends for commercial real estate owners and investors to watch in the new year.

In 2018, the Commercial Real Estate (CRE) industry saw its ninth straight year of growth as rents and valuations continued their upswing across all asset classes. In 2019, this growth will likely continue at a slower pace as interest rates rise and job creation begins to decline. These are four key things for CRE owners and investors to consider in the new year.

1. Growth Is Slowing Across Asset Classes

While a correction or large decline in valuations and rents seems unlikely, we are entering a period of more modest growth for the four classes of CRE: office, industrial, multifamily and retail. Rents will likely start to flatten in 2019 after years of consistent increases—even in a strong economy, consumers have a limit on what they’re willing and able to spend.

The office and industrial asset classes have seen steady growth over the last decade, and the office class in particular seems to have finally recovered from the 2008 recession. High-end multifamily supply has been overbuilt in many markets, and in some cases, valuations are starting to move downward. However, Class B and C units that cater to renters-by-need remain an attractive option for investors.

Retail is the most concerning area of CRE. Certain brick-and-mortar retailers, like traditional grocery stores, remain steady, as they’re not succumbing to online competition. On the other hand, category killers and big box retailers represent risky investments as they lose serious ground to online marketplaces. The US has built more shopping malls than any other country over the last several decades. But today’s shopping environment is different, and we don’t expect the serious challenges malls face to reverse. Overall, as an ever-larger number of consumers shops online, the prospects for certain parts of the retail sector will likely worsen. 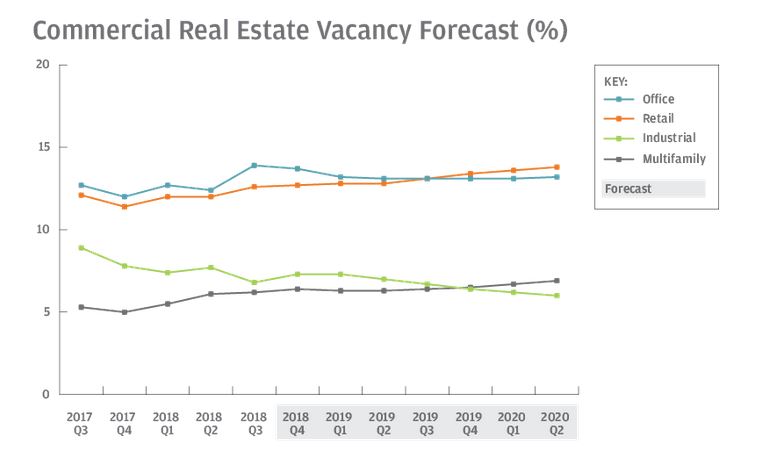 The Federal Reserve has been clear and consistent in telegraphing its commitment to a quarterly rate-hike strategy as it raises interest rates from record lows. Returning to a normalized fiscal environment is healthy, but the Fed may opt to cut rates in the event of a dramatic recession, much like the situation in 2008. With interest rates nearing neutral—that is, neither propelling nor dampening economic growth—the Fed may adjust its strategy. But rates seem unlikely to decrease in the immediate future, so financing a purchase today could be a smart choice for CRE buyers looking to maximize their cash flow and lock in a good interest rate long-term.

Many market analysts anticipate a recession at some point in the next two to three years, but the depth of the recession will determine its impact on CRE. If the recession is relatively shallow, or primarily impacts a specific industry as in the dot-com crash, there may not be major consequences for CRE. But if the next recession is broad, as in 2008, CRE may fare worse than other sectors. A recession would likely increase unemployment, leading renters to feel less inclined to pay premiums for high-end units and opt for more cost-effective alternatives.

According to our economists, the threat of trade disputes also continues to loom. A full-scale US-China trade war could cause serious problems for the industrial building market, much of which is tied to international trade. Fortunately, there are other uses for these industrial spaces. As e-commerce continues to expand, more and more industrial buildings are being repurposed to store and distribute goods sold online.

Young people, who historically rent, are more intensely urban than ever. Millennials are willing to stay in the urban market longer and trade square footage for a convenient location. Rather than buy a suburban house and face a long commute, most millennials have shown they want to live in the area where they work and play. This trend is one of the reasons the multifamily market has been so healthy over the last few years. We’ve seen the greatest increase in value and the greatest need for buildings in the heart of major cities. This trend appears likely to continue with the post-millennial generation, the oldest of whom are now graduating from college and entering the workforce, as they demonstrate the same preference for urban living.

Preparing for the Down Cycle—and the Opportunity It Brings

Rents and valuations have been rising for years, but that’s not likely to continue indefinitely. The US economy has had a good run, and eventually, there will be a correction—for which owners and investors should plan. As a part of preparation, owners may want to leave rents in place and stress-test frequently. For example, if a property that you currently lease at $50 per square foot corrects to $40, evaluating your debt and expenses at that amount can help you anticipate the realities of an eventual correction—no matter the severity or timing.

Given our long-term commitment to and experience in CRE, we recognize that the cycle will eventually swing back. While down cycles can be challenging, they also present opportunities. CRE businesses that build strong liquidity during relatively stable times will be in a position to capitalize on low rates during a downturn, and the more favorable CRE market when a recession dissipates. A market correction likely will not emerge in 2019, making it a good year to continue building liquidity. 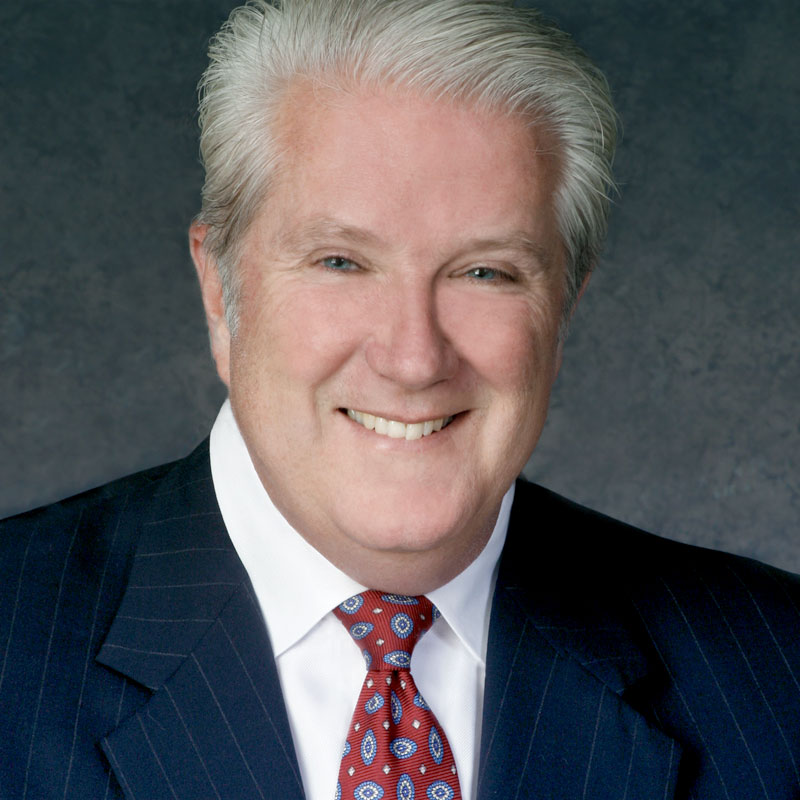