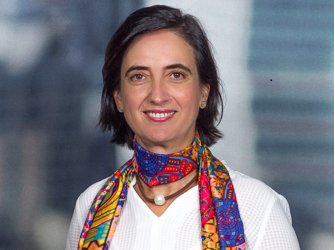 Ana Capella is Managing Director and Head of Strategic Investments. She leads a global team of investment professionals who make minority investments in emerging tech companies that are strategic to the firm’s lines of business. These investments aim to help drive innovation and digital transformation across the firm.

Prior to this role, Ana was Head of Heritage Private Equity, which encompassed all the private equity activities (both direct and through investments in third party funds) made by the firm with its own capital.

Ana joined J.P. Morgan in 1993 and held several positions across the Corporate & Investment Bank, in Mergers & Acquisitions and Financial Institutions Group, handling transactions across Latin America. She also served in various Corporate roles, including with Corporate Strategy, Investor Relations and the Chief Investment Office, where she worked closely with the CFO during the Bank One merger, and sourced and analyzed new private equity investment opportunities. She was responsible for all the private investments operations across the firm, including after the merger with Bear Stearns, and led the investment strategy for third party funds’ investments.

Originally from Spain, Ana made her way to New York by way of London and Madrid. Prior to business school, Ana worked as a management consultant at McKinsey & Co. Ana earned an MBA from INSEAD (Fontainebleau, France) in July 1993 and a BA in Business Administration from CUNEF (Madrid, Spain) in 1990. Ana is fluent in Spanish (Native), English and French.