The J.P. Morgan Development Finance Institution (DFI) was launched in January 2020 to spur additional capital towards financing the UN Sustainable Development Goals (SDGs) in emerging economies. The DFI expands J.P. Morgan’s development-oriented financing activities by i) applying its methodology to assess the anticipated impact of financial products; ii) originating and structuring development finance transactions; and iii) identifying sources of capital interested in financing opportunities with measurable development impact. By supporting the origination and distribution of financial products to investors and lenders interested in financing development, the DFI aims to build development finance as a traded asset class. 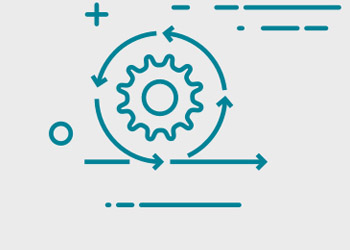 To qualify transactions as development finance we use a methodology developed in consultation with leading Development Finance Institutions. 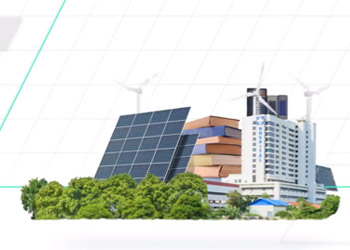 Learn how development finance plays an important role in funding sustainable projects, like clean water, in emerging markets, and why there’s a push for private institutions to play a more active role in having an impact. 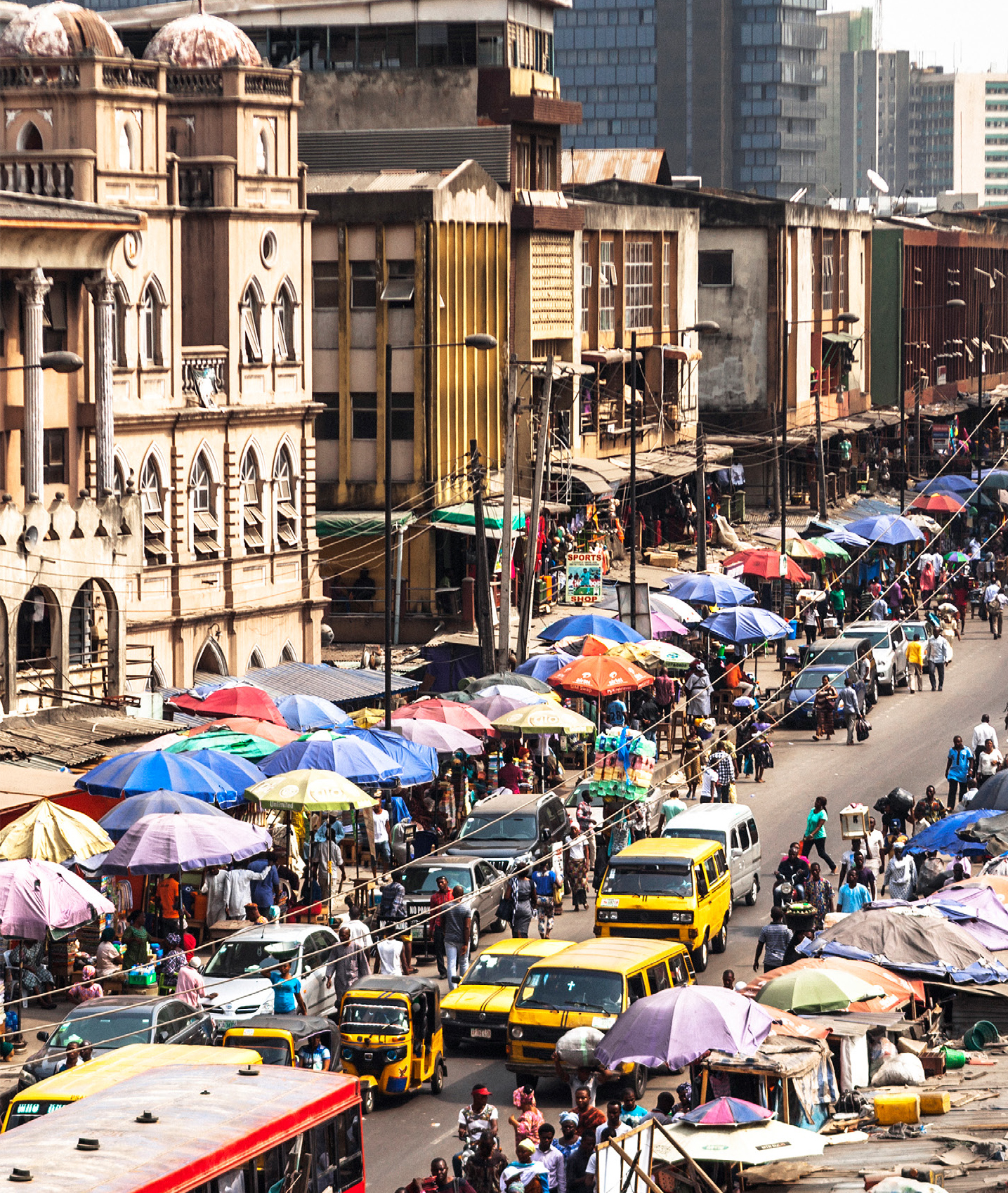 Learn more about our activities in 2020, including the promising results achieved in our first year of operation and our priorities for 2021 and beyond. 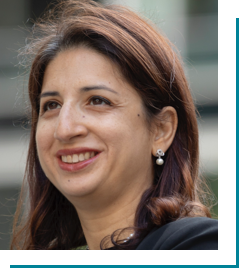 Head of the JPM DFI

Faheen Allibhoy is a seasoned manager with a deep understanding of international investing, emerging markets and the development agenda. She has sector expertise in infrastructure, renewable energy, industrials and private equity funds. Prior to JPM, she spent 18 years at the International Finance Corporation (IFC), the private sector arm of the World Bank, where she was responsible for setting strategy, business development, transaction execution and portfolio management. In her role as a Country Manager based in Dakar, Faheen was responsible for IFC’s investments, operations and client relationships in Senegal, Cape Verde, The Gambia, Guinea Bissau and Mauritania. Faheen started her career at Merrill Lynch in Investment Banking. Faheen has a BA in Economics from Wellesley College and an MBA from Harvard Business School. She is a member of the Council of Foreign Relations and the Harvard Business School Advisory Council for Africa. 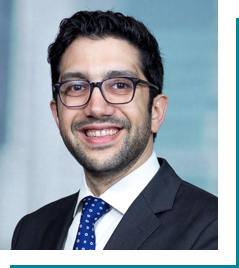 Arsalan Mahtafar is the Director of Development Impact of the JP Morgan Development Finance Institution (JPM DFI). In this role, Arsalan maintains the JPM DFI methodology – ensuring it is in-line with best practices in the field of development finance – and applies the methodology to banking and markets transactions originated and structured by JP Morgan’s Corporate & Investment Bank to qualify transactions as ‘development finance’ and assess their anticipated development impact. Arsalan joins the JPM DFI from JP Morgan’s Corporate & Investment Bank’s Strategy team, where he advised senior management on growth and transformation strategies, including the strategy and operating model of the JPM DFI. Prior to JP Morgan, Arsalan was a manager within McKinsey’s Economic Development Practice, where he advised developing country governments on country growth strategies, including national development plans, industrial policy, and financial sector development strategies. Arsalan holds a Master in Public Administration in International Development from Harvard University and dual Bachelors in Business Administration and International Political Economy from UC Berkeley. 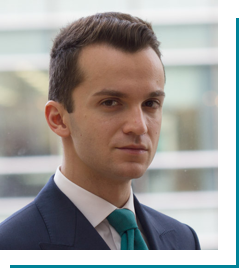 Mihai Mosneanu is the Director of Development Finance Syndications of the JPM DFI. Mihai is responsible for expanding the reach of the developmental transaction which JPM originates across various lines of business to an ever growing investor universe. Having been with JPM for over 8 years and with more than a decade of professional experience in emerging markets, Mihai’s broader mandate within the firm is to oversee the distribution of the emerging markets private credit business which allows for broader synergies as the DFI evolves. He holds a Masters in International Relations from the University of Cambridge and graduated with a First Class Honors bachelor degree in Economics from University College London. 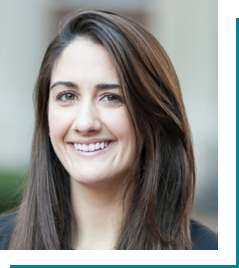 Allie Barry is an Associate of the JPM DFI, providing support to all of the DFI functions including deal origination & structuring, development qualification, and investor syndication. Allie joins the DFI from the firm Management Associate Program, a leadership development program. Prior to joining JPM, Allie worked as an associate at Glade Brook Capital. Allie holds a Masters in Business Administration from Columbia University and a Bachelor of Science in International Politics from the School of Foreign Service at Georgetown University. 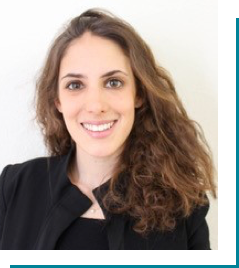 Martina Brandli is an Associate of the JPM DFI. Martina joins the DFI from the Investment Strategy team in Asset and Wealth Management. Prior to joining the DFI, Martina worked as an analyst at the JPM Private Bank in Italy and at the European Commission in Luxembourg. Martina holds a Masters in International Management and a Bachelor in Economics from Bocconi University in Milan, Italy. Chair of the Governing Board of J.P. Morgan Development Finance Institution

Daniel Zelikow is Vice Chair, Public Sector, at J.P. Morgan, Global Co-Head of Infrastructure Finance and Advisory, and Chair of the Governing Board of J.P. Morgan’s Development Finance Institution. He leads a team that manages the bank’s business with public sector clients, such as central banks, sovereign wealth funds, public pensions, governments and their agencies, and international institutions. In 2015, Mr. Zelikow co-founded and co-heads a global team responsible for providing financing, structuring and advisory services to the firm’s clients involved in sponsoring and investing in infrastructure around the world. In 2020, he launched J.P. Morgan’s Development Finance Institution to scale up the firm’s financing of development challenges in emerging markets.

Immediately prior to re-joining JP Morgan in 2010, Mr. Zelikow was the Executive Vice President and Chief Operating Officer of the Inter-American Development Bank in Washington, D.C. While with the IADB, Mr. Zelikow was instrumental in defining a new corporate strategy, doubling the volume of client operations, devising and executing the Bank’s response to the global financial crisis, and bringing about significant management and financial reforms. Mr. Zelikow also chaired the management committees on policy, operations, and risk, and he chaired the Board of Executive Directors in the President’s absence.

Prior to joining JP Morgan in 1999, Mr. Zelikow held key positions in the U.S. Treasury, where he was Deputy Assistant Secretary responsible for financial policy towards countries in the Americas, Asia and Africa. He headed the task force that oversaw the $20 billion emergency financing program the United States established in 1995 to help Mexico stabilize after the peso crisis, and later, US financial support during the Asian and Brazil financial crises.

At Treasury, Mr. Zelikow was the founding director of the Office of Technical Assistance, which became one of the largest providers of policy and technical advice to the countries of Eastern Europe and the former Soviet Union. He also served for two years as the Senior Economic and Financial Advisor to the President and Minister of Finance of Albania in Tirana.

J.P. Morgan Says it Will Fund $100b in Emerging Market Projects 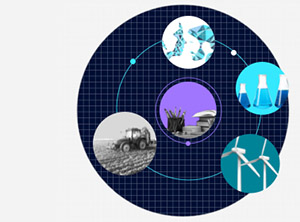 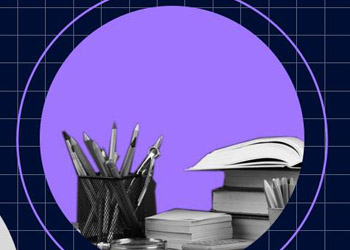 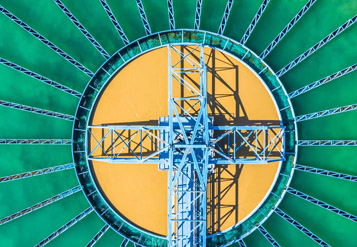 A Debut Transaction in Georgia

J.P. Morgan acts as development finance structuring agent and leads the first green bond offering for a longstanding client in the country of Georgia 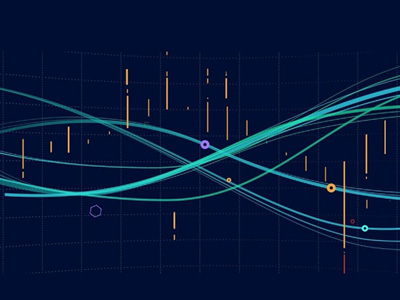 This material (including market commentary, market data, observations or the like) has been prepared by personnel in the Development Finance Institution at JPMorgan Chase & Co. It is not the product of any Research Department at J.P. Morgan (“JPM Research”) and has not been reviewed, endorsed or otherwise approved by J.P. Morgan Research. Any views or opinions expressed herein are solely those of the individual authors and may differ from the views and opinions expressed by other departments or divisions of J.P. Morgan. This material is for the general information of our clients only and it is not intended as an offer or solicitation for the purchase or sale of any financial instrument or as an official confirmation of any transaction or a recommendation for any investment product or strategy. All transactions (including potential transactions) presented herein are for illustration purposes only.

Information has been obtained from sources believed to be reliable but J.P. Morgan does not warrant its completeness or accuracy. In no event shall J.P. Morgan be liable for any use by any party of, for any decision made or action taken by any party in reliance upon, or for any inaccuracies or errors in, or omissions from, the information contained herein and such information may not be relied upon by you in evaluating the merits of participating in any transaction. J.P. Morgan is not obligated to update any information contained herein or to inform you if any of this information should change in the future. The information contained herein does not constitute a commitment or undertaking by any J.P. Morgan entity to underwrite, subscribe for or place any securities or to extend or arrange credit or to provide any other services to any person or entity. All products and services are subject to applicable laws, regulations, and applicable approvals and notifications. J.P. Morgan is the marketing name for the investment banking activities of JPMorgan Chase Bank, N.A., J.P. Morgan Securities LLC (member, NYSE), J.P. Morgan Securities plc (authorised by the PRA and regulated by the FCA and the PRA) and their investment banking affiliates.

RESTRICTED DISTRIBUTION: This material and statements made herein are proprietary and confidential to J.P. Morgan and are for your personal use only and are not intended to be legally binding. Any distribution, copy, reprints and/or forward to others is strictly prohibited.