Green bonds have become a popular way of financing projects that deliver environmental benefits. Learn how they work and why the green bond market is on the rise.

Green bonds gained traction around the same time as the Paris Agreement in 2015, when the global conversation around the catastrophic effects of climate change heightened. What are green bonds and how do they work?

The projects that will transition the world to a low-carbon economy need capital to get off the ground.

Green bonds, a type of ESG bond, have become a popular way of financing projects that support climate or environmentally friendly initiatives.

The ESG bond market reached over 1 trillion dollars in issuance for 2021. Green bonds comprised 542 million of this. That’s more than double from 2020.

What’s driving this momentum, and will green bonds go mainstream?

This is: Green Bonds, Unpacked.

To be considered a green bond, proceeds must finance a project that provides clear environmental benefits.

Green bonds are typically issued by a corporation or a sovereign state, often in partnership with an investment bank.

And many of them are structured to align to market standards known as Green Bond Principles.

These standards are voluntary guidelines that were established in 2014. They outline best practices and define the eligible categories for Green Projects.

They also set the framework for how issuers should balance potential benefits with risk, and how to create transparent reporting around use of proceeds and their impact.

Multilateral development banks such as the World Bank, the European Investment Bank, and the International Finance Corporation were early leaders in issuing green bonds, which entered the market around 2007.

On the corporate side, Utilities was the first sector to issue green bonds, with investments in wind and solar power. Commercial real estate followed, as more focus was placed on green buildings that meet recognized standards or certifications for environmental performance.

Pension funds and insurance companies were the first investors in green bonds. Asset managers soon followed and established their own green bond funds for their investors.

Green issuance gained traction around the same time as the Paris Agreement in 2015, when the global conversation around the catastrophic effects of climate change heightened.

They appealed to investors because of their simplicity as a financial instrument: An issuer borrows money; uses it for green purposes; and reports back to investors on its environmental impact.

In 2015, China became the first country to establish a green bond catalog, jumpstarting the green bond market. The catalog’s taxonomy defines what classifies as a green project. It also sets the standards that all initiatives should follow when it comes to eligibility criteria, management of proceeds and more.

The EU has been developing its own taxonomy for the past several years. The UK has recently started this process and other countries are following suit.

As they became established in the market, green bonds served as the catalyst for other types of fixed income debt instruments to support social good.

An estimated $100 to 150 trillion will be needed globally over the next 30 years to achieve the Paris Agreement’s goals (Source: Climate Finance Markets and the Real Economy (SIFMA)) , and green bonds are expected to play a key role in advancing progress.

Driving long-term sustainability for our clients, employees and the communities we serve.

J.P. Morgan’s center of excellence that provides clients the data and firmwide expertise needed to navigate the challenges of transitioning to a low-carbon future. 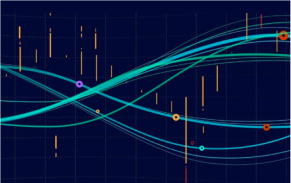