Consumers are driving the future of content across film, gaming, television and eSports. Learn five ways entertainment companies can both adapt and stay ahead despite a changing landscape and industry disruptions.

1. Never underestimate the value of the franchise.

In the past, major movie studios produced many feature films every year with the hopes of landing the next blockbuster. After years of refining that strategy, successful filmmakers are focusing their efforts on established franchises with a significant fan base. When a movie is based on comic books, novels or highly successful characters in pop culture, the built-in fan base will often follow. Even if the content isn’t critically acclaimed, fans will be drawn to the opportunity to interact with what they love about the franchise.

While not every company can own the rights to the beloved superheroes of the world, ownership of intellectual property can drive a tremendous amount of value and opportunity. Part of the new digital strategy should include investing in the intellectual property you control—companies can save a considerable amount of operating budget by developing content based on their own characters instead of paying to license IP they don’t own. On the flip side, it’s important to be protective of your brand. Never license your IP for an unproven or poorly thought-out concept. Any press isn’t always good press, and quick money up front can chip away at the value of something you’ve spent years building.

In some cases, successful franchises have doubled or tripled their revenue by making their films appealing to a broader audience. For example, the creatives behind Marvel® and Star Trek® were able to adapt existing IP into content that was enjoyable to a wide range of ages, genders and interests. Diehard fans may not always be thrilled with a deviation from the original story, but they’re only a subset of your potential audience. While it’s important to honor the spirit of the IP and celebrate the passion of long-term fans, filmmakers shouldn’t feel bound to recreate the same stories over and over to appeal to them.

More broadly, the demographics of media consumption are changing too. Video games are becoming both more socially acceptable and more social—and with better representation in game creation, game play is expanding to more audiences. The gaming business is only getting bigger, and entertainment companies need to be smart about delivering what consumers want.

3. Cross-media content creation can be a golden goose—or just a goose egg.

As visual graphics and storylines in games become increasingly more realistic and complex, we’ve seen a natural crossover between the worlds of games and film/TV. Although the fandom will follow the franchise to an extent, there are inherent obstacles in transitioning a story from one medium to the other. In some cases, major movie adaptations may have flopped at the box office because the game creators were too involved in the film production. While there certainly can be crossover between game and movie talent, the two skills and formats are very different. In games, storylines exist to propel game play forward—which doesn’t always translate to a plot that’s robust enough for film.

Some stories are expanding into television as well as film. The lines between these two media are blurring, both in the minds of the consumer and the increasingly high-quality writing and acting talent being drawn to TV. When deciding whether to expand your game to a film or TV series, look at historical data—does this audience want to consistently engage with this franchise, as evidenced by ongoing sales of branded clothing, toys, etc.? Additionally, which format does your story lend itself to—a fast-paced two hours of action, or a longer narrative with deep character development? Choosing the right format can help you avoid overexposing your brand and hone in on a single successful format.

The presence of eSports has grown significantly over the last few years, supported by improvements in technology, the expansion of streaming services and online communities, and increased investment from publishers, advertisers and outside capital. In addition to new games being produced, the industry has supported new platforms like Steam® and Twitch®, which allow players to purchase, manage and livestream for millions of viewers. ESports has a unique and passionate audience that often differs significantly from a traditional sports audience. Fans of eSports are highly engaged, even supporting their favorite players through monetary donations. This accessibility of eSports players makes the fan experience feel more organic than may be the case with traditional sports stars.

Compared to more structured and regulated organizations like the NFL® and NBA®, eSports has been described as the wild west—a lack of governance across games, and varying rules and league structures all make it challenging to ensure consistency in this highly fragmented space. Although the evolution of eSports has often been marked by viral and haphazard growth, there have been increasing efforts to create sophisticated league structures around specific games through a top-down approach.

Since eSports is still in its early stages, there is plenty of room for content producers to refine the user experience. Similarly, the NFL® expanded their audience with the advent of high-definition TVs and cameras that capture every play from every angle. Whether fans are watching from home or in the stadium, they’re able to easily follow the action on the field. While eSports can’t be considered as big as the NFL®—at least not yet—it’s decades behind traditional sports entertainment in terms of innovation and learning the best ways to capture viewer attention, so there’s likely still plenty of room for expansion. Ultimately, eSports doesn’t have to be as big as the NFL® to be incredibly robust and successful.

5. The future of gaming platforms is simple: Adapt or die.

Consumers today will get the content they want, one way or another—which is driving innovation in streaming technologies across media. The concept of going into a store and purchasing a physical copy of a video game may already seem archaic, much like the act of buying a DVD has been dwarfed by streaming capabilities that allow consumers to instantly access the content they want. Modern consumers have made it clear they want the flexibility to choose how they spend and engage with their content, whether that be subscriptions, micro-transactions (e.g., in-game purchases) or up-front purchases; this is helping drive expectations toward digital-first, user-friendly and socially integrated gaming experiences.

Through a digital-first mindset, game developers can play to the strengths of various platforms that increase user engagement and are more socially integrated than ever before. Users not only want to play the game, they want a platform to interact and connect with other gamers.

Additionally, on-demand takes on a new meaning in the world of gaming—with movies and film, on-demand largely means accessibility across locations and platforms (streaming on TVs, tablets and phones). In games, on-demand offers the ability to create a customized experience. Users can choose where to spend their money through unlocking levels, adding new skills or buying cosmetic features for their in-game character. In-game purchases allows the user to be a part of the story and in control of the user experience rather than simply watching passively.

Whether your company works within games, film, television or all of the above, the future of entertainment is being driven by the consumer. To stay ahead, entertainment companies need to not only be aware of possible disruptions, but also proactively use these disruptions to their advantage.

Sweetwater: Hitting all the right notes 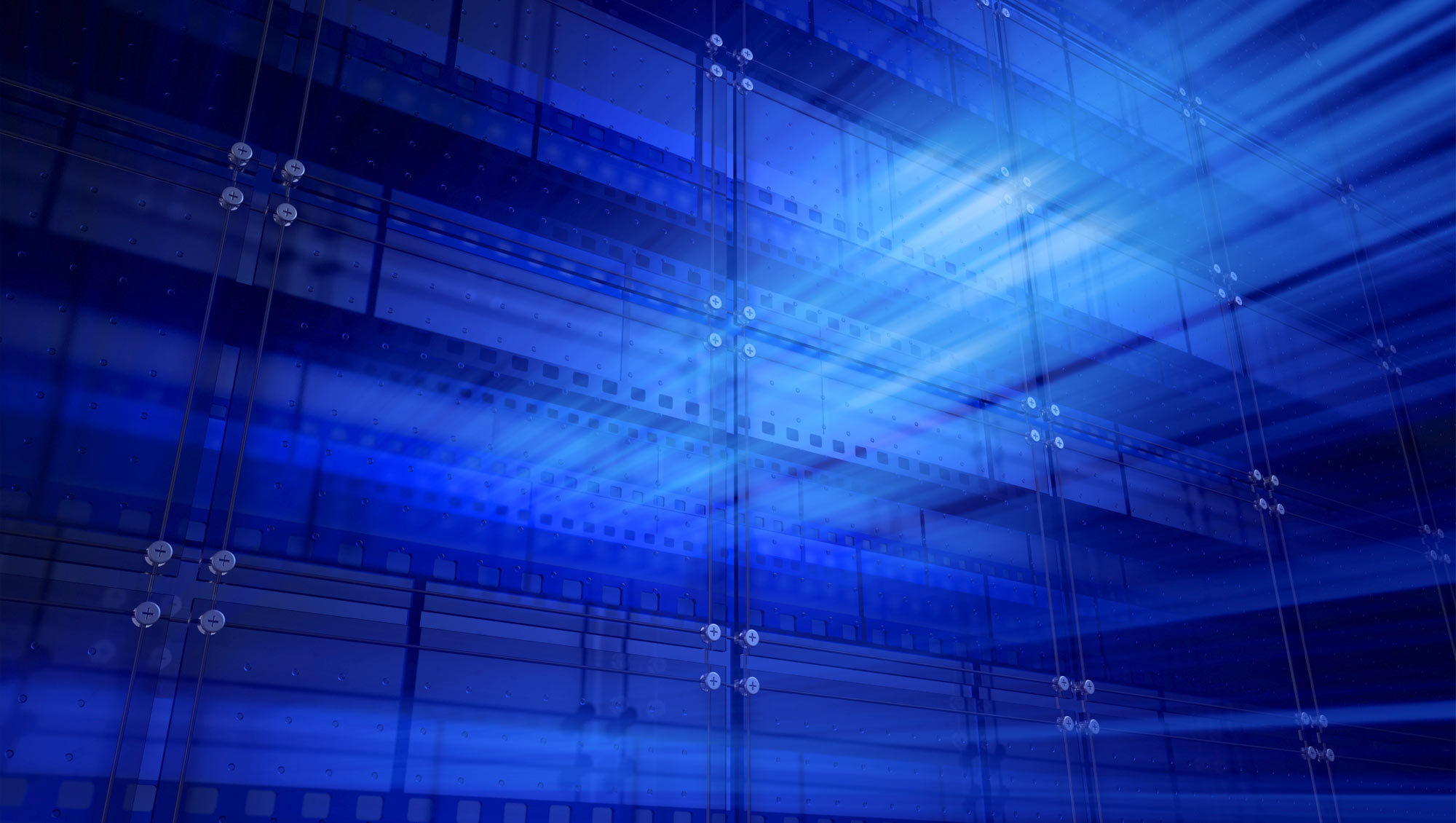 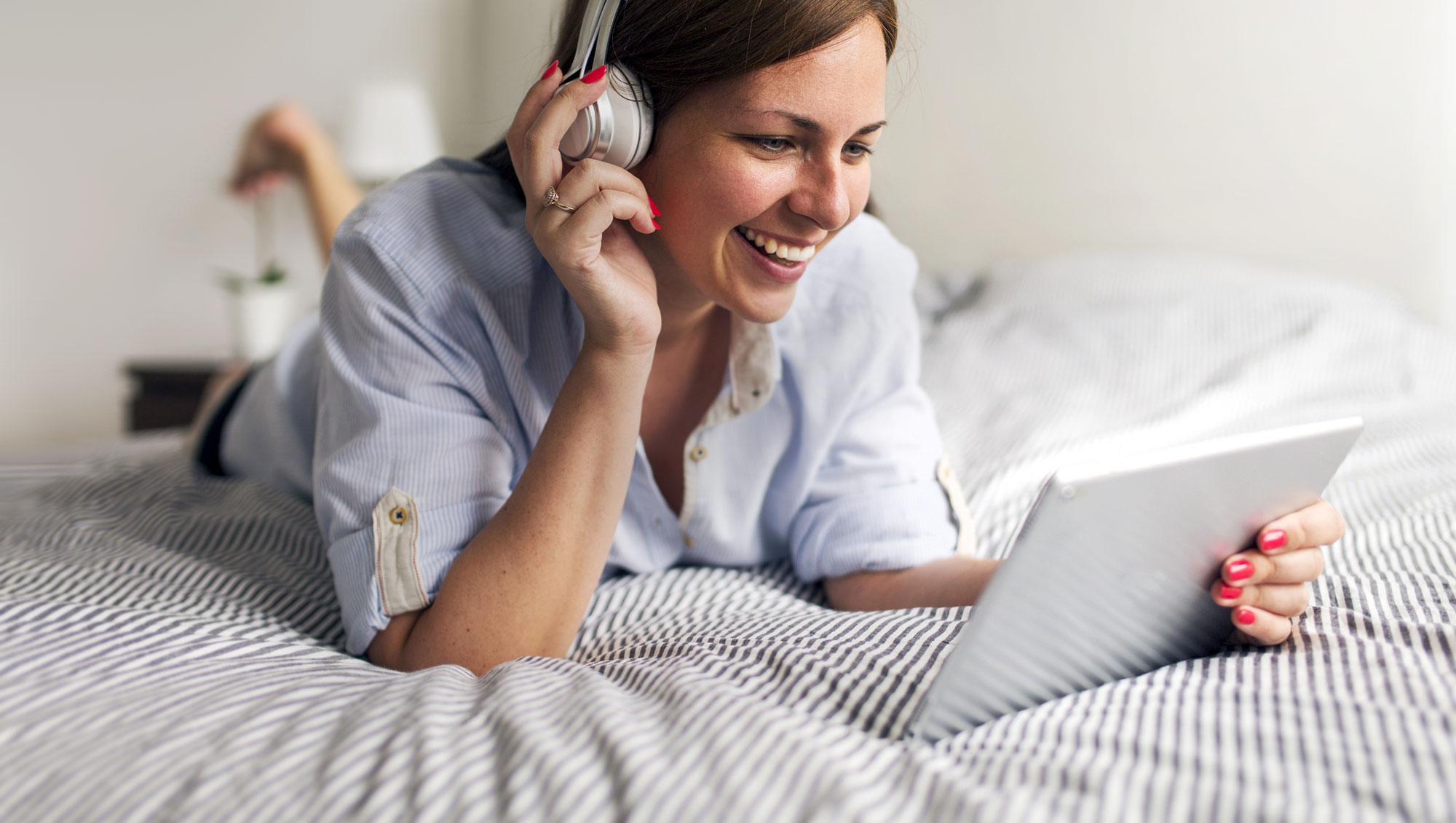