Halfway through 2019, the biggest areas businesses should watch are the still-tightening labor market, trade tensions and what the Fed’s next move says about the future health of the economy.

This year began with the US economy in a stable state—growth was steady while inflation remained tame, payrolls were expanding above pace and the unemployment rate sat near an all-time low.

At the midpoint of 2019, those factors still hold true. The US expansion has now officially become the longest in recorded history and the labor market continues to tighten as unemployment declines further. But now there are new economic challenges to address. Trade tensions have become a major issue facing businesses today, as well as market instability and the continued challenge of finding qualified candidates to fill open roles.

Here are three key lessons for businesses to consider through the remainder of 2019:

1. Amid Low Unemployment, Slow Global Growth May Be Sign of Stability

It’s common to think of a slowdown in economic growth as a sign of trouble ahead—but relatively anemic growth in Japan, the EU and the US could actually mean these economies are finding a sustainable rhythm to help avoid risks of overheating; if demand outpaces an economy’s ability to produce, inflation can start to spiral, forcing the Fed to hike rates in the US. As the world’s population ages and the labor market tightens in developed countries around the world, the pace of economic growth may be starting to align with the potential of the evolving workforce.

Sources: Haver Analytics; US Department of Labor; EU; Bank of Japan. Updated through May 2019.

In the US, there’s been a significant shift in the demographic makeup. In the early years of the recovery, jobs were being created at a pace of around 200,000 per month; now that most of the working-age population is employed, that pace will have to slow as baby boomers exit the workforce and fewer new workers replace them. This reflects a long-term trend of declining birthrates in the US, indicating an even smaller future labor pool unless immigration reform brings more workers to the country.

The Population Slowdown in the US

2. Tariffs Have Little Impact on Overall US Economy

Through the first half of 2019, tariff threats and trade tensions have taken a toll on the US, with announced tariffs on China and Mexico rocking the equity market. But while an all-out trade war could cause significant market turbulence and potentially even trigger the next recession, tariffs on their own have little measurable impact on the US economy.

The price of consumer goods the US buys from China did an about-face last spring, which was likely an effect of the devaluation of the Chinese currency to offset last year’s tariffs. If tariffs were damaging the US economy, they would be more visible in higher consumer prices and subsequent inflationary pressure—neither of which have materialized through the first half of the year. 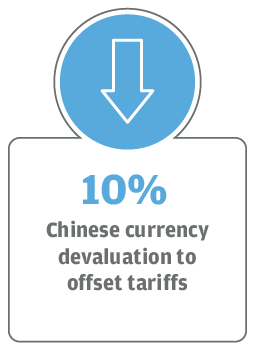 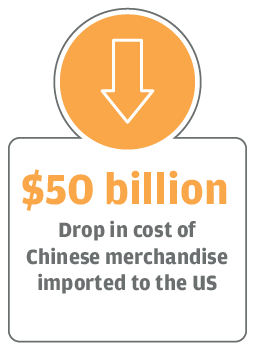 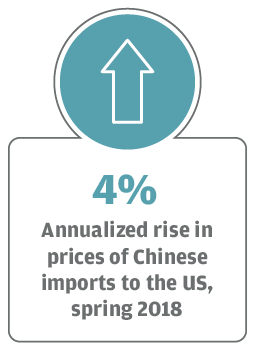 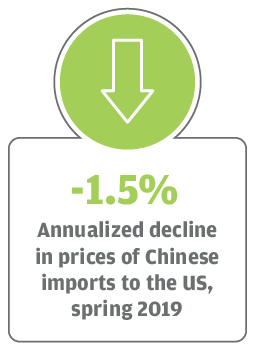 Source: US Department of Labor

Fortunately, the recent agreement between President Trump and Chinese President Xi Jinping to re-open negotiations suggests that the threat of trade disruptions may be fading.

3. Fed Doubles Down on Commitment to Support the Expansion

At its June policy meeting, the Federal Reserve announced plans to drop its mantra of patience introduced at the beginning of the year, taking an approach of monitoring the economy to determine the best next steps. Members of the Federal Open Market Committee were split nearly evenly between keeping rates steady or making a cut by year-end.

Although this is an area that will be constantly evolving
through the end of the year, the important takeaway is that the Fed has
demonstrated a willingness to do what it takes to keep the expansion going.

The Fed’s dual mandate—to promote maximum employment while keeping inflation in check—helps guide decisions around interest rates. Given the current state of the economy and the Fed’s new approach to evaluating it, the assumed level of maximum employment has recently been re-evaluated.

The Fed’s revised assumption; this represents the largest revision in recent history

Most Metrics Suggest US Economy Is on Solid Footing

The low unemployment rate, rising payrolls and lack of layoffs all suggest the US economy is in a stable place. Years of tame inflation suggest any threat of an impending recession won’t be triggered by overheating. Although there are still several events and factors to monitor through year-end—including ongoing trade tensions and how the Fed approaches rates later this month and beyond—the economy appears well-balanced and poised for continued expansion.