Merchants with an existing or planned global presence should plan for the growing volume of noncash payments being enabled by digital wallets such as Apple Pay and Google Pay.

Now Sweden is a pioneer again, with the country on course to become one the first cashless societies. According to recent research,2 this could happen as early as 2023. Coins and banknotes have been prohibited on buses for a number of years,3 and in addition, Sweden is developing a government-created cryptocurrency, the world’s first. A pilot scheme to create the state-backed ‘e-krona’ was launched 2019.4

Unsurprisingly, e-commerce is also almost entirely digital in Sweden, with only 1% of transactions settled with cash.5 And there would appear to be no going back – cash use is predicted to plummet at a compound annual growth rate of -35.1 percent to 2021.6 When it comes to e-commerce, the Nordics is the most cashless region out of those covered by J.P. Morgan’s Global Payments Trends Reports. This is a reflection of the high degree of technology adoption, as well as strong trust in financial institutions. 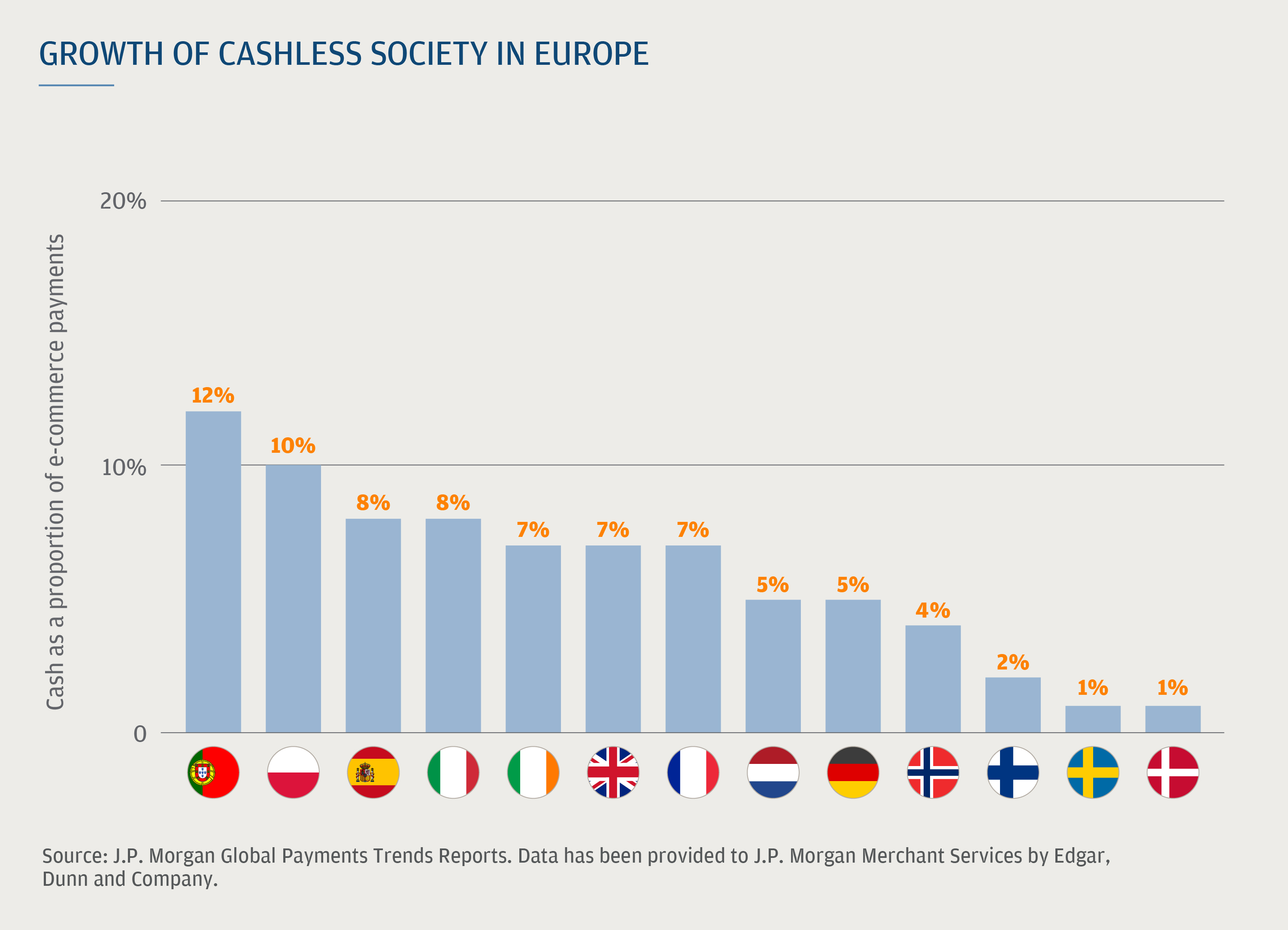 Cashless culture can influence how your business accepts payments

As other countries follow this trend, merchants will need to make sure they support a range payment options. Cards will be the most likely beneficiary from the move away from cash but digital wallets are also becoming more widespread, as are other payments methods. In Sweden open invoicing is particularly popular and the country is the home of Klarna, a buy-now-pay-later online payment option that has spread across Europe.7

“For example, PayPal holds my card data centrally and keeps me from having to trust multiple ecommerce sites or apps with my full primary account number. Apple Pay does the same.”

Given these cultural shifts, merchants and regulators will need to work hard to reassure customers about payment security. A long standing distrust of electronic forms of cash is one reason that 8% of e-commerce payments in Italy are still completed in hard currency8. In fact, the government recently backed ‘No Cash Day’, an annual event designed to break down distrust of credit and debit payments. In Japan, cash also carries a cultural perception of offering security and anonymity when making payments9, which is one reason why it still accounts for 13% of ecommerce payments.10 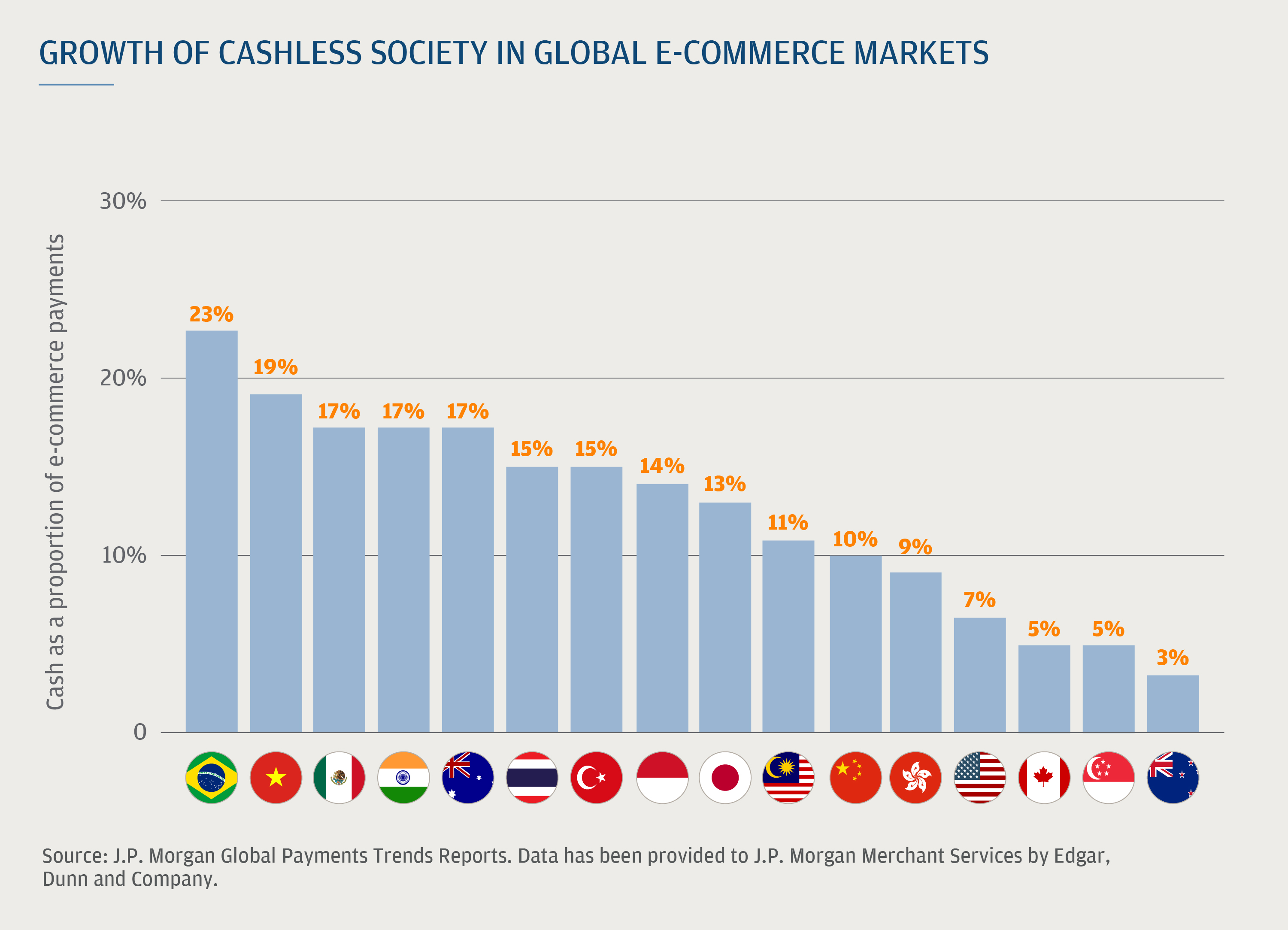 IInternational: Cash as a proportion of e-commerce payments

India's demonetization of the higher-value Rs500 and Rs1000 bank notes has been designed to reduce corruption and encourage citizens to adopt digitized forms of payment11. This has affected the number of merchants accepting cash on delivery. Major players like Amazon, Flipkart and BigBasket have all limited or removed this payment option12. As a result, the use of cash for e-commerce is set to fall from 17% of the market to 10% by 2021.13

Another country seeing major drops in cash usage is Singapore. In this advanced and digitally-savvy country, cash is used in just five percent of transactions, a figure projected to decline to two percent by 2021.14 Like many countries with low cash usage, card payments dominate in Singapore.15 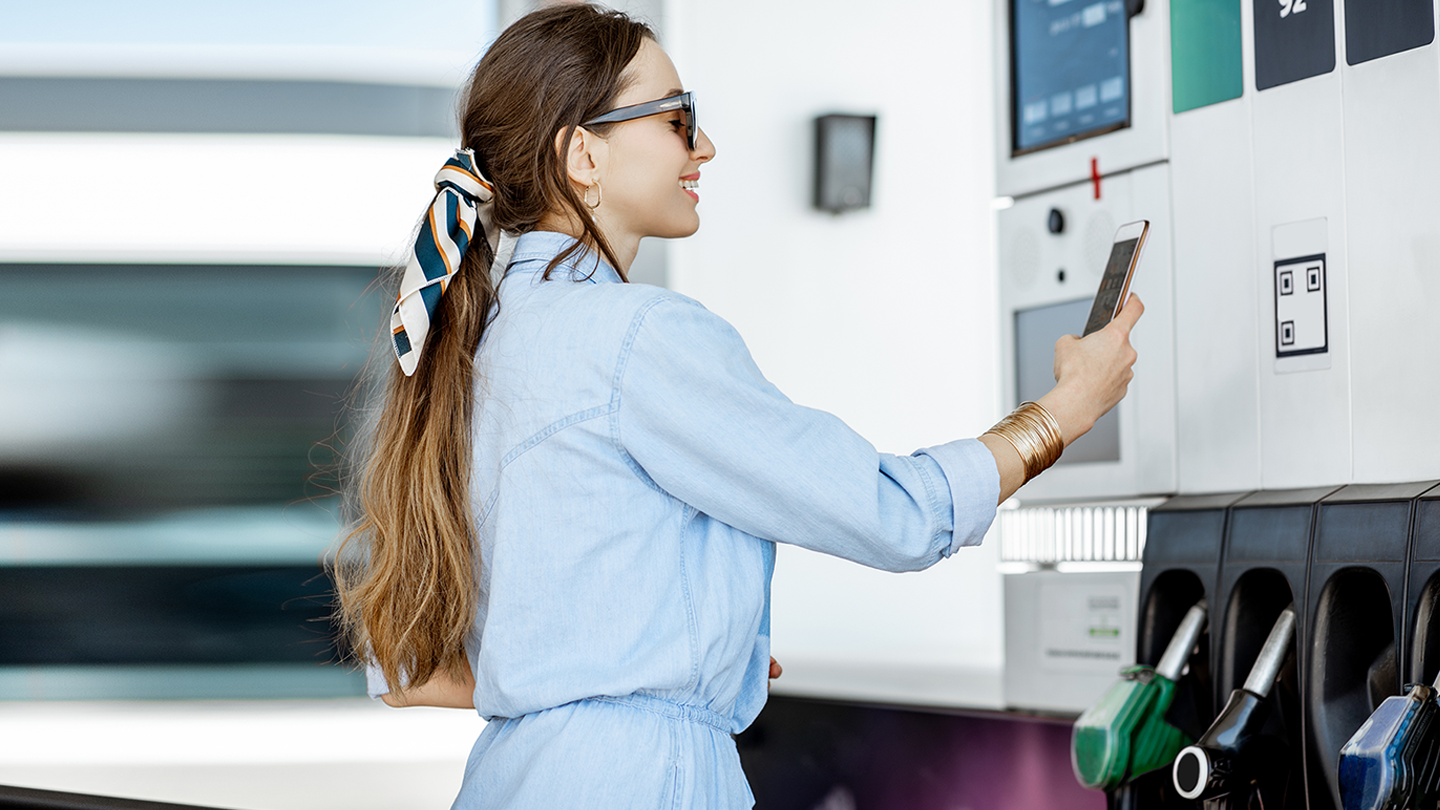 J.P. Morgan Takes You Behind the Scenes into Card Acceptance Fees 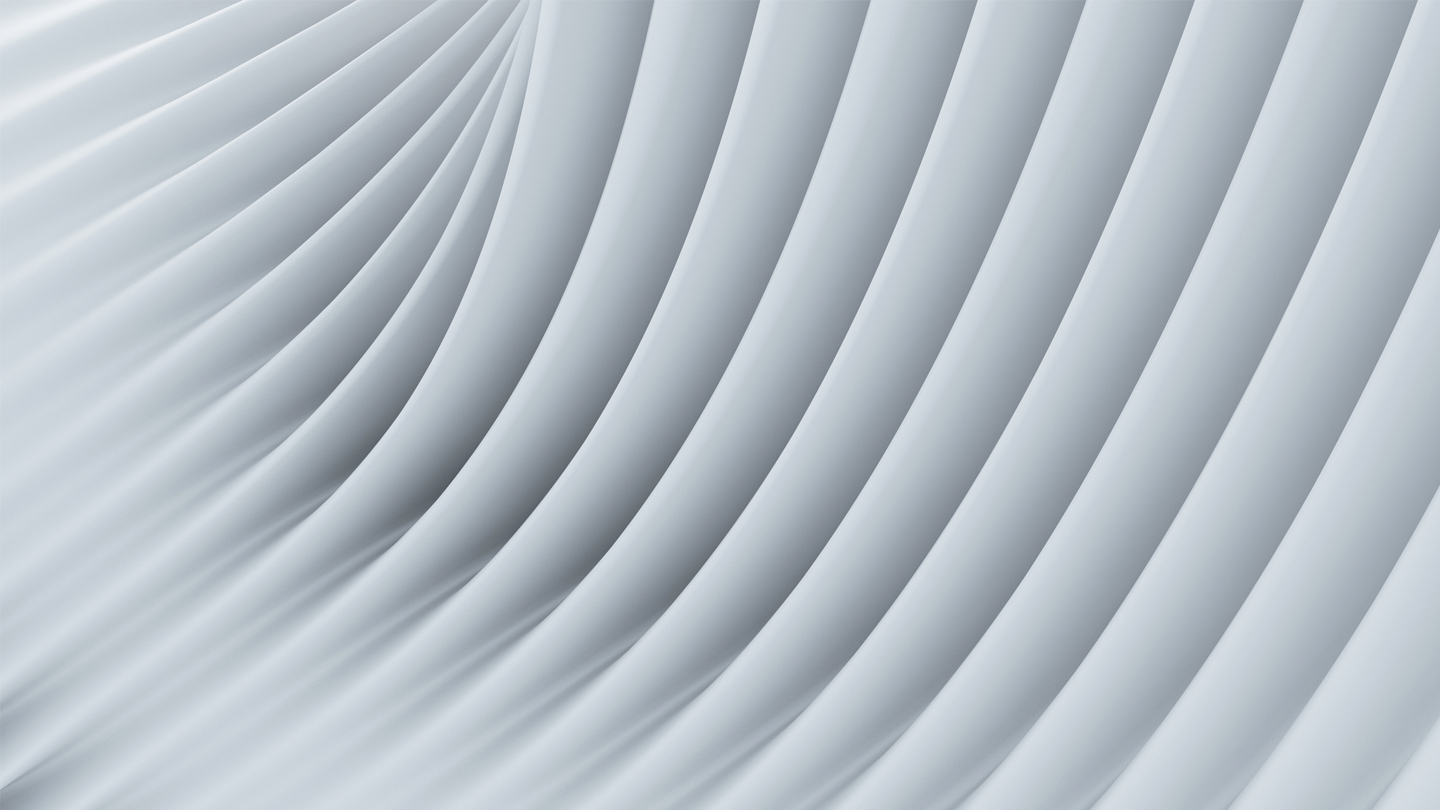 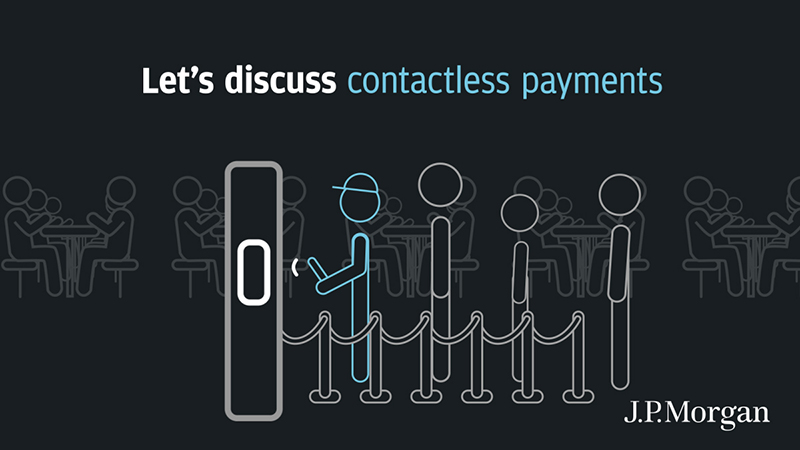 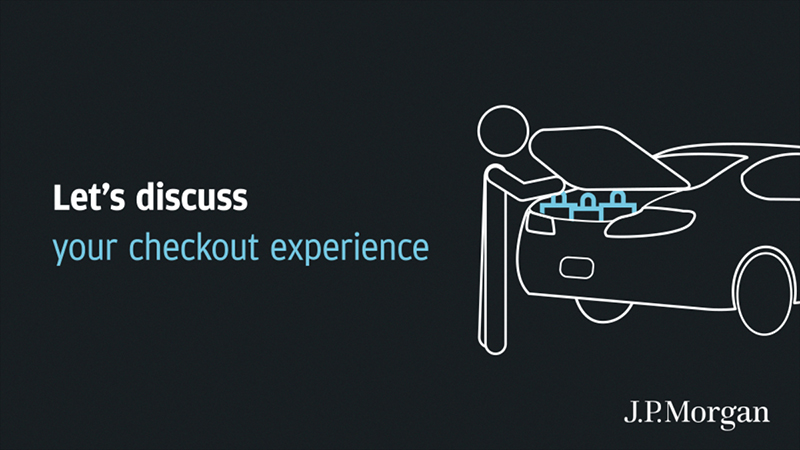