Inflation and the Auto Industry:
When Will Car Prices Drop?

J.P. Morgan Research explores the factors driving up vehicle prices and when inflationary pressures will abate.

Car prices have accelerated in recent months, as with many other consumer goods. According to figures from data analytics firm J.D. Power, the average transaction price of new vehicles in the U.S. was up 11.8% year-over-year in July 2022. Combined with soaring gasoline prices and rising interest rates, this is making car ownership more onerous and putting the brakes on auto sales.

In this report, J.P. Morgan Research examines why car prices are rising, how inflation is impacting car sales trends and when car prices are expected to drop.

Why Are Car Prices Rising?

Car prices are rising due to global supply chain issues. An ongoing chip shortage is holding up production in the auto industry, creating a supply crunch. Rising raw material costs are also driving car prices up, exacerbated by the Russia-Ukraine crisis.

Data from J.D. Power shows U.S. consumers forked out an average of $45,869 for a new vehicle in July 2022, a record high. “We estimate that half of the increase in new vehicle prices relates to the passing along of higher input costs, including raw material costs,” said Ryan Brinkman, Lead Automotive Equity Research Analyst at J.P. Morgan. The weighted average cost of raw materials used to produce a new vehicle hit an all-time high in 2021, rising 116% year-over-year, J.P. Morgan Research data shows. Electric vehicles have been especially affected by rising material costs, as the prices of key metals including lithium, nickel and cobalt — essential components of electric car batteries — have spiked.

What’s more, chip shortages mean that manufacturers are prioritizing their most expensive vehicles, in what Brinkman dubs a “forced mix-up” of car segments — further increasing average transaction prices. “If automakers don’t have enough semiconductors, and if semiconductors were interchangeable — and to some degree they are — why would they put them in $25,000 cars instead of $85,000 cars?” said Brinkman.

These supply chain woes have compounded the already existing imbalance of supply and demand in the auto industry, which was precipitated by COVID-19. In the U.S., there are historically more than 3.5 million vehicles in dealer lots at the end of each month. However, this figure fell to 2.7 million before the chip crisis even began, due to pandemic-induced factory shutdowns. At the same time, demand remained heightened throughout COVID-19, as pandemic stimulus checks and accumulated savings meant that many consumers were still willing — and able — to purchase new cars.

Inflationary pressures are also percolating down to the used car market. According to car shopping app CoPilot, consumers in the U.S. today are paying an average of $10,046 more for a used car than if typical depreciation expectations were in play. Likewise, data from the U.S. Bureau of Labor Statistics shows that used car prices surged 7.1% year-over-year in June 2022.

“Used vehicle prices and new vehicle prices exist in a sort of feedback loop,” said Brinkman. The shortage of new cars has fueled demand for used cars, causing transaction prices for the latter to surge. Plus, fewer new vehicles on the road means that there are fewer second-hand vehicles to trade in, thereby straining used car inventories. And like new vehicles, used vehicles are sensitive to changes in commodity prices too, as these affect their scrap value.

“A deteriorating macro outlook is weighing on consumer sentiment and keeping potential buyers out of the market.”

In the same vein, J.D. Power notes that year-to-date retail sales in June 2022 came in at just under 5.9 million units — marking the worst first half sales volume performance since 2011.

“There is demand destruction taking place,” said Brinkman, pointing to indicators such as the University of Michigan’s Buying Conditions for Vehicles survey. Consumers express record low sentiment toward the purchase of a new vehicle, citing high prices and rising interest rates.

The same holds true for the used car market, where sales (as estimated by software firm DealerTrak) fell 13% year-over-year in June 2022. “This is driven by the high prices and historically poor selection that has been plaguing the industry, but is likely now joined also by declining demand given waning consumer confidence, asset price deflation, rising interest rates and slowing economic activity,” said Brinkman. “A deteriorating macro outlook is weighing on consumer sentiment and keeping potential buyers out of the market.”

Sales of electric cars are faring better despite the aforementioned supply chain woes. J.P. Morgan Research estimates show that in the EU5 (France, Germany, Italy, Spain and the U.K.), penetration of electric vehicles (EVs) and plug-in hybrid electric vehicles (PHEVs) grew to 19% month-over-month in June 2022, rising 0.9 percentage points. The U.S. also renewed its record penetration high of 7.2%. Indeed, the future of electric vehicles continues to look bright: In July 2022, the American Automobile Association (AAA) posted its latest survey results, indicating that one-quarter of Americans would likely opt for a fully electric vehicle for their next automobile purchase.

When Will Car Prices Drop?

Used car prices are already starting to drop as the market cools, having seemingly peaked in early 2022. On the other hand, new vehicle prices are unlikely to drop in 2022 due to persistent inflationary pressures.

“There’s still a lot of inflation bubbling up in the new vehicle supply chain. Even though raw material costs are falling, suppliers have a lot of other higher non-commodity costs — diesel, freight, shipping, logistics, labor, electricity — to pass on to automakers,” said Brinkman.

In addition, the effects of the chip shortage will continue to linger. Companies will need to rebuild inventory, which means that wholesale demand will compete with retail demand, putting a floor on new vehicle prices. “Through to the end of 2022, new vehicle prices will be anywhere from +2.5% to -2.5%, with my bias toward the higher end of that range,” said Brinkman.

Prices of used cars are starting to moderate

Prospects look brighter for the used vehicle market. As new car production gradually ramps up, demand for used cars is expected to moderate. In the U.S., the Manheim Used Vehicle Value Index — which measures the prices dealerships pay for used cars at auctions — hit a high of 236.3 in January 2022 and has since fallen to 219.6 in July 2022. And in countries such as the U.K., some consumers are selling their vehicles in response to rising gasoline prices and squeezed household budgets, thereby boosting supply. According to the U.K.’s Office for National Statistics, prices for second-hand cars fell 2.5% in June 2022, marking a fifth consecutive monthly decline.

Overall, the auto industry will continue to experience an elongation of the "lower volume, higher price" dynamic stemming from the pandemic and its aftermath. “While industry conditions are likely to normalize to some degree in the second half of this year and while many commodity prices have reversed, earnings reports so far this season seem to confirm that the road to recovery may be less rapid and less linear than earlier thought,” said Brinkman. “2023 has greater potential for a more rapid improvement in the volume environment and a more rapid normalization in pricing — with the wildcard being an economic downturn.” 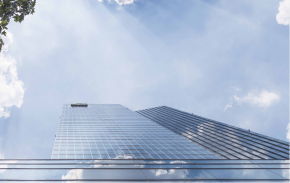 Supply Chain Issues and Autos: When Will the Chip Shortage End? 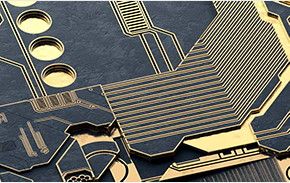 Supply Chain Issues and Autos: When Will the Chip Shortage End?

How long will the semiconductor crisis last? Here's how the chip shortage will play out according to J.P. Morgan Research. 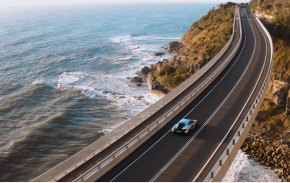