What’s Next For Oil And Gas Prices As Winter Approaches?

Global gas prices have hit repeated all-time highs since summer, pushing oil prices as much as 19% higher since the start of September. As temperatures drop for winter, J.P. Morgan Research looks at the outlook for energy prices for the rest of the year.

Supply and demand for gas tends to be heavily influenced by seasonal changes, with demand usually outpacing supply as temperatures drop for winter. This year, global gas prices have hit record highs well ahead of winter. Natural gas is bought and sold by the cubic foot and in the U.S. alone, natural gas demand can surge by 50-70 billion cubic feet (bcf), if not more in a typical week in winter. The current situation is so stressed, that finding even 1 bcf of additional supply is becoming increasing difficult. For Europe, the situation is looking especially bleak, potentially exacerbated by Russian’s plans to limit additional gas exports to the bloc. A colder-than-normal winter in Europe, Asia, Russia or even the U.S. could push the global gas market past the uncharted territory it is already in.

How Did the Natural Gas Market Get So Stressed?

The price of natural gas is six times higher than last year and about four times higher than this past spring. A sharp increase in demand globally, as countries have restarted their economies and come out of lockdown, along with low inventories, has caused prices to sky-rocket. The situation is especially critical for Europe, the swing or balancing market for global gas, meaning the amount of liquefied natural gas (LNG) the region imports after other nations have taken what they need. A whole range of risk factors have set the stage for the unprecedented price rally seen this year:

Are Natural Gas Prices Forecast to Rise From Here?

Cold weather in Europe, Asia, Russia or even the U.S. could add further strain to the already stretched market. A colder-than-expected winter in even one of these regions could create a further imbalance in the global gas market.

“Watch Russia’s weather. This is an important risk factor to highlight because watching winter weather in key producing regions (such as Russia and the U.S.) will be an important driver in price formation for the global gas market. Russia has already warned that it will prioritize its domestic needs over exports and the U.S. could potentially attempt to price higher to close the wide-open LNG export arbitrage should its balance tighten further,” added Chaturvedi.

“Nord Stream 2 is heavily entangled in much of the Russian rhetoric regarding assisting Europe this winter. Ultimately, we found that much of the help that Russia is willing to give seems to be directly tied to the approval of the Nord Stream 2 pipeline. While Nord Stream 2 is currently awaiting regulatory approvals to begin flowing, estimated time frames for those regulatory approvals span as far as the second half of 2022. We have currently embedded the start of Nord Stream 2 in December for a base case, but we are quite certain there is significant risk to this assumption,” said Chaturvedi.

Why are Gas Prices so High? | Energy Outlook | J.P. Morgan

“As a result of increased tightness in the balance, we have raised our fourth quarter (Q4) 2021 and Q1 2022 price forecast of contracts of the Dutch TTF hub — a European benchmark for natural gas, to 80 euro/MWh and 75 euro/MWh, respectively. However, we are the first to admit that this price increase only reflects further tightness, keeping in mind it is difficult to determine how high price will have to rise in order to see a corrective measure in the supply and demand balance,” added Chaturvedi.

In the U.S., with the storage balance on a knife’s edge and sticky production prints, a cold start to winter is likely enough to set U.S. prices on a steep trajectory higher.

Watch Russia’s weather. This is an important risk factor to highlight because watching winter weather in key producing regions, such as Russia and the U.S., will be an important driver in price formation for the global gas market.

What is the Outlook for Oil Prices?

Oil prices have climbed as much as 19% since the start of September, encouraged by a shortage of natural gas that has increased demand for other energy sources.

Record coal and gas prices are prompting the power sector and energy-intensive industries to turn to oil, potentially boosting demand by as much as 750 kbd (thousand barrels per day) during winter and drawing oil inventory by 2.1 mbd (million barrels per day) over November and December.

Aside from soaring natural gas prices, the largest oil storage hub in Cushing, Oklahoma is also in focus, as stockpiles of U.S. crude there are falling close to operational lows.

“If nothing were to change in the Cushing balance over the next two months, we might expect front WTI spreads to spike to record highs - a ‘super backwardation’ scenario. Though the dynamics of the U.S. crude balance are different than they were in 2018 and much different than they were in 2014 - the last two times Cushing drew down toward operational limits - the market still has a few levers to pull before we worry about such a scenario,” said Natasha Kaneva, Head of Global Commodities Strategy at J.P. Morgan.

“A colder-than-normal winter in a combination of main gas consuming regions could potentially boost gas-to-oil switching demand to 925 kbd - likely close to the probable upper limit of how much demand oil can gain from gas, thus ‘fundamentally’ capping Brent oil at around $90 bbl. A cold and extreme winter throughout the northern hemisphere, however, could theoretically necessitate the switch of the full 2 mbd of gas-to-oil switching capacity for a period of time, pushing prices even higher,” added Kaneva.

If nothing were to change in the Cushing balance over the next two months, we might expect front WTI spreads to spike to record highs - a ‘super backwardation’ scenario. 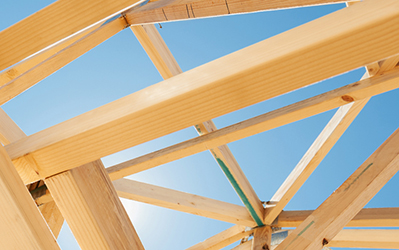 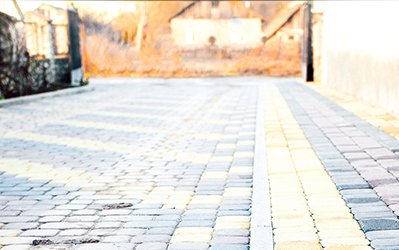 What does the economic future hold in a post-pandemic world?

Why is Cybersecurity Important to ESG Frameworks? 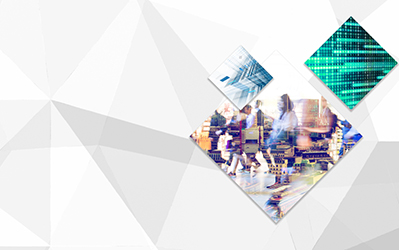 Why is Cybersecurity Important to ESG Frameworks?

Cybersecurity is important to protect systems, networks, programs and data. But why is cyber protection now an important social concern too? Find out here.

This communication may not be redistributed or retransmitted, in whole or in part, or in any form or manner, without the express written consent of J.P. Morgan. Any unauthorized use or disclosure is prohibited. Receipt and review of this information constitutes your agreement not to redistribute or retransmit the contents and information contained in this communication without first obtaining express permission from an authorized officer of J.P. Morgan. Copyright 2021 JPMorgan Chase & Co. All rights reserved.