Is the Outlook Merry and Bright?

What’s in store for the retail industry this holiday season? Delve into the latest insights from J.P. Morgan Research.

Soaring inflation may be curtailing consumer spending, but shoppers are determined not to let it dampen their holiday cheer. This year, consumers still intend to tick items off their shopping list — but many will also look for ways to make their budgets stretch further. From the U.S. to the U.K. and China, here are several trends to look out for this holiday shopping season.

What’s the Holiday Shopping Outlook in the U.S.?

Despite the potential for recession in 2023, many U.S. shoppers have yet to tighten their purse strings,  In fact, J.P. Morgan Payments data shows both online and in-store sales and transactions volumes are up significantly from last year.

Online sales processed by J.P. Morgan over the Black Friday to Cyber Monday period climbed 6.5% from 2021, with the number of transactions increasing 4.1%. Consumers also flocked to the high street to enjoy the in-store shopping experience this year, driving double-digit increases compared with 2021. Cumulatively, Black Friday and Cyber Monday sales were up 16.8% from last year and transactions rose 14.2% over the same period.

However, with stubbornly high inflation, value and convenience will be front of mind for U.S. shoppers this year. As such, dollar stores and off-price retailers like Dollar General and TJ Maxx stand to emerge as winners. “Our research points to a sequential uptick in higher-income cohorts trading down to the off-price channel in the last 30 to 45 days. In addition, off-price retailers’ core $40K-and-under household income customer is holding up better to date than in prior economic downturns, due to gainful employment and continued wage growth,” noted Matthew Boss, Head of Department Stores and Specialty Softlines at J.P. Morgan.

It also looks set to be another successful holiday season for apparel and footwear brands. Boss forecasts a 5% growth year-over-year in personal consumption expenditures on apparel and footwear — and this is on top of 18% growth in 2021. In particular, athleisure brands are primed to gain market share, driven by the growing interest in health and wellness as well as the casualization of office wear post-pandemic.

In addition, colder weather will be a catalyst for the retail industry. “Weather Trends International’s forecast for a cooler start to the fourth quarter of 2022 will boost demand for full-price ‘wear now’ seasonal apparel, and early snowfall and seasonal winter temperatures will benefit gift-giving categories,” said Boss.

How Will Cash-Strapped U.K. Shoppers Spend?

Consumer confidence in the U.K. has plummeted as shoppers grapple with the worst cost-of-living crisis in a generation. In a recent J.P. Morgan consumer survey (conducted at the end of November 2022), 48% of U.K. shoppers said they felt uncomfortable about their finances heading into the festive season.

Survey question: How comfortable do you feel about your finances heading into Christmas?

Fortunately, cost-conscious shoppers can look forward to more promotional deals this year, especially as retailers seek to shift excess inventory accumulated as a result of slowing consumer demand. In October 2022, Adidas issued a profit warning highlighting “significant” inventory build-up due to lower demand in Western markets and stated that it expects to run more promotions for the remainder of the year. In the same vein, online retailer Zalando noted that “in a market with higher inventory levels, in the event that demand drops off, we will have to expect higher promotional intensity.”

Singles’ Day and Beyond: What’s the Retail Outlook in China?

Singles’ Day, or Double 11, was originally a time to celebrate single people. Now, it’s the biggest shopping holiday in the world, with retailers including Alibaba, JD Logistics, Taobao and Tmall offering various promotions and discounts.

Unsurprisingly, the biggest deterrent to increased expenditure is concern around wages, followed by investment return. However, the message from the survey is that China’s consumers are willing and able to spend — both throughout the holiday season and beyond.

However, all major e-commerce retailers chose not to disclose their Singles’ Day gross merchandise volume (GMV) this year for the first time in history. Alibaba and JD Logistics provided directional comments only: Alibaba stated that its Double 11 GMV was flattish year-over-year, while JD Logistics said its Double 11 GMV growth was ahead of industry growth over the same period.

“Both Alibaba and JD discontinued their Singles’ Day GMV disclosure, which we believe indicates lackluster results that are slightly weaker than investor expectations,” said Andre Chang, who covers the China e-commerce space for J.P. Morgan.

Survey question: Where will you consider increasing your spending?

Sixty percent of consumers expected to spend more on apparel, shoes and bags, followed by 56% for food and beverages, 43% for sportswear, 35% for electronics, 29% for fast-moving consumer goods, 28% for home appliances and cosmetics, 10% for luxury goods and 3% for others. 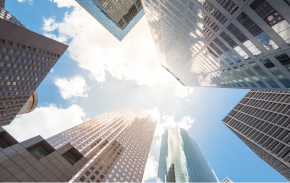 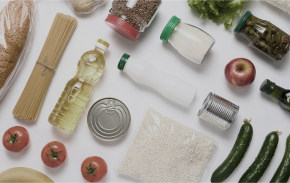 Are consumers spending less as costs of living rise? 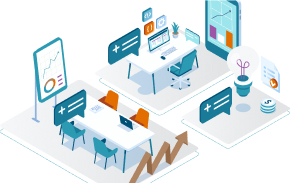 What can real estate reveal about the move to return to the office?