China is facing some critical choices that could shape its economic growth and affect global financial markets for years to come.

In the face of mounting external pressures and softening domestic demand, China is dealing with some very difficult policy decisions ahead. Following the renewed escalation of the U.S.-China trade war and how China has since responded with domestic policy, J.P. Morgan Research has cut its GDP forecast for China in 2019 and 2020 to 6.3% and 6.1% respectively. In this report, J.P. Morgan Research explores the key issues of trade, concerns about the fate of the private sector and the direction of economic reforms China faces to keep growth on track.

What's Next for U.S.-China Trade Talks?

After a relatively positive start to the year, U.S.-China trade tensions re-escalated in the second quarter after a breakdown in negotiations, with tariffs raised on both side. In May, the U.S. raised levies on $200 billion worth of Chinese imports from 10% to 25%. China’s State Council quickly followed suit with retaliatory tariffs on around $60 billion of U.S. imports, hiking rates from the 5-10% range to 5-25%, effective from the start of June. The J.P. Morgan Research baseline assumption is now that tariffs will remain at these levels well into 2020. The U.S. Trade Representative also released a request for public comments concerning the proposal to take further action on Chinese imports, in the form of additional tariffs of up to 25%, with an annual trade value of approximately $300 billion. The public has been asked to provide comment and the government will hold public hearings on the tariffs, scheduled to take place through late June.

“The prolonged U.S.-China trade talks are entering another pivotal stage. The stakes are high and the risk is binary. The U.S. accused China’s reneging for leading to the failure of bilateral trade talk and China emphasized three principles that China cannot concede: removal of existing tariffs: China’s purchase of U.S. goods should be matched by real demand and the wording of the agreement’s text should be balanced, equal and dignified,” said J.P. Morgan Chief China Economist and Head of China Equity Strategy, Haibin Zhu.

While the multiple rounds of negotiations since December have produced significant progress, the recent turnaround and remaining hurdles seem to suggest the probability of the two presidents agreeing on a deal in the near future is quite low.

“In the long run, the U.S.-China relationship is unlikely to go back to the old days. We expect the competition between the two economic super-powers, in areas of trade, technology, and geopolitical influence to become a new normal,” said Zhu.

The trade dispute has also accelerated corporate strategy and long-term planning of supply chain locations. China’s manufacturing sector accounts for a huge proportion of emerging market (EM) Asia’s low-income production capacity, but neighboring Vietnam, India and Bangladesh are starting to gain some market share. Some of this reallocation of capacity is welcome, as China is striving to upgrade its manufacturing capabilities and attempts to move away from being the world’s factory floor. But how China navigates the U.S. relationship as it implements its hi-tech dominance plan, “Made in China 2025”, will continue to impact corporate strategy and planning.

“Whether a deal is reached or not, the U.S.-China relationship has changed fundamentally. While a tariff war would have a more immediate impact that could accelerate the pace of relocation, conflict in non-tariff areas still increases uncertainty in the trade and business environment and may continue to support the relocation trend in the long run,” said Zhu.

China has lowered its growth
target this year to a range of
6%-6.5%

The U.S.-China trade war has dragged China’s GDP by around 0.5 percentage points, from start to May 2019. In our new baseline scenario where a 10% tariff on $200 billion of Chinese goods is raised to 25% indefinitely, we estimate the additional drag on China’s GDP growth would be 0.4 percentage points in 2019-20,” said Zhu.

However, if the U.S. were to impose tariffs on all Chinese imports in a more severe scenario, the economic impact would be far greater. The additional drag on China’s growth in 2019-20 will increase from 0.4 percentage points in the current baseline scenario to 1.2 percentage points.

On the domestic front, the message has been quite mixed. Infrastructure and real estate investment have held up well, but manufacturing investment has continued to decelerate, posting negative growth this year. In the consumer sector, the positive impact of a significant individual income tax cut (especially for middle-income families) seems to be offset by concerns on the health of the labor market. Although official survey-based unemployment rate is coming down, the unemployment component in National Bureau of Statistics of China manufacturing PMI continued to deteriorate. On the upside, auto sales appeared to have passed the worse and are expected to return to positive growth in the second half of this year.

Externally, uncertainty surrounding bilateral negotiations between the U.S. and China and their long-term relationship could hit export growth and reduce the incentive to invest. J.P. Morgan Research has revised down China’s exports growth to -2.9% in 2019 and expects growth in imports to also fall -2.7%, when compared to the previous year.

“The biggest downside risk comes from the trade side, as reflected in the big decline in new exports order component. The unexpected turnaround in U.S.-China bilateral trade talks in May, followed by the announcement of a new round of tariff wars and the USTR plan to impose tariff on the remaining $300 billion Chinese imports, will hit the bilateral trade activity,” added Zhu.

In an effort to combat the slowing economy, Chinese authorities made a flurry of policy announcements in early 2019 including tax cuts, monetary policy loosening and plans to support public spending. In May, the People’s Bank of China (PBOC) reiterated their “prudent” monetary policy stance.

“The PBOC wants to avoid large fluctuations in monetary policy and instead prefers policy fine-tuning. PBOC policy operations are more likely to be data dependent and reactive, rather than pre-emptive,” said Zhu.

Tax cuts in China is at the center of Beijing’s fight against its slowing economy. The government announced a total package of 2 trillion yuan ($300 billion) reduction in tax and fee burden in 2019, or 2% of GDP this year. While the Chinese government previously favored spending on infrastructure as a fiscal stimulus, that led to a sharp rise in local government and state-owned enterprise debt — which Beijing has been trying to keep under control.

“The major fiscal effort will be tax cuts this year, instead of the infrastructure spending it relied on in the past. The government has grasped the problem and is adopting a different style of fiscal stimulus: tax cuts, for both households and corporations,” said Zhu.

Tax and fee reductions are
expected to total around
¥2T
or 2% of GDP this year,
boosting GDP growth by
0.46 % points

But the impact on growth could still be modest, adding 0.46 percentage points to GDP growth according to J.P. Morgan Research. This is for two main reasons: first, the actual size of the tax cuts may be smaller than headline numbers due to more vigorous tax collection or to problems in policy implementation. Second, tax cuts have an indirect impact on the economy by increasing the capacity for households to spend and corporates to invest. During a business downturn, consumers tend to spend less and investment appetite eases, so a meaningful boost to growth takes longer

Can China Count on the Consumer?

Retail sales in China slowed in the second half of last year, creating perceptions of a broad-based slowing in China's consumption. But this disappointing data was driven largely by weaker auto sales and the expiration of a tax break, confusing the picture according to J.P. Morgan Research. After dismal performance in the past several quarters, auto sales appear to have bottomed out and look set to recover to positive growth in the second half of the year.

“Excluding auto sales, nominal retail sales growth largely held steady, rising 10.6% in 2018, compared to 11.7% in 2017. The message is similar for retail sales volume: the slowdown is mainly attributable to the decline in auto sales,” said Zhu.

Apart from the weaker than expected data, long-term structural factors support China’s growing consumption, as its share in GDP is still much lower in China than the world average. China’s demographic trends and government policies also support the consumption story and with trade frictions likely to remain in place for the foreseeable future, the domestic market is becoming more important for China’s production. Recent policy measures such as tax cuts for individuals and corporations, as well as import tariff reductions will benefit consumers, but the outlook for the consumer is not without its challenges.

“Consumption is susceptible to labor market conditions. A tariff war could squeeze industrial profits and deter investment and hiring, not to mention possibly further drive the relocation of the global supply chain as uncertainty lingers,” said Zhu. 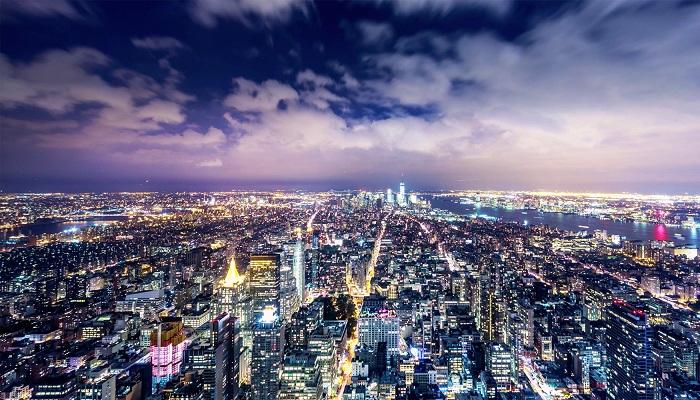 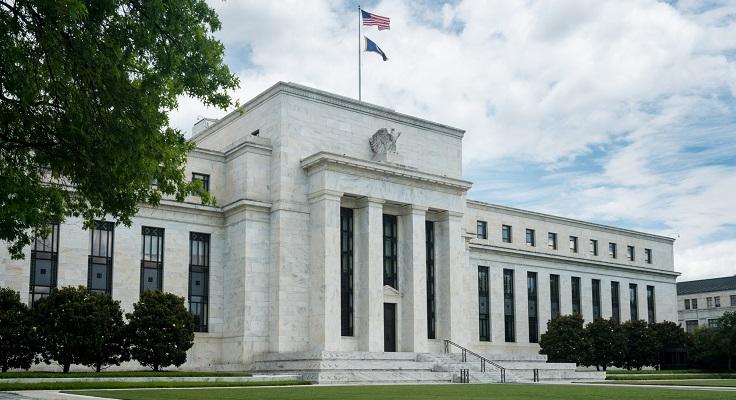 Listen: Full Steam Ahead for the Fed

Learn more about Listen: Full Steam Ahead for the Fed In this report, the J.P. Morgan Research team explores the rise of the electric vehicle and what the industry will look like by 2025.