From risk analysts to real estate CEOs, we talked to key commercial real estate players about their military service, transferrable skills and work to help veterans.

Leadership, discipline and teamwork are highly desirable skills in the workplace. They are also skills that the military helps individuals develop, making veterans uniquely qualified for many civilian jobs, including positions in commercial real estate.

JPMorgan Chase has not only hired more than 15,000 veterans since 2011, but works with many veteran-owned businesses in commercial real estate and across the firm.

We talked to commercial real estate professionals about their military backgrounds, transferrable skills and the work they do to help veterans. 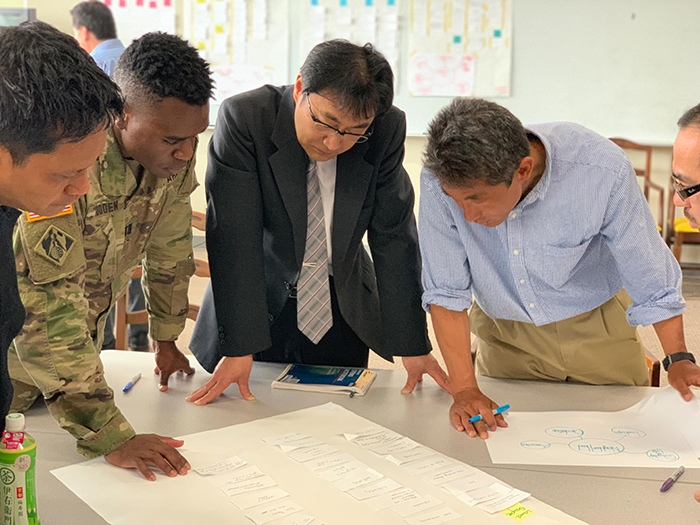 In his last assignment, JPMorgan Chase Commercial Real Estate Associate Nathaniel Gooden worked with the Army Corps of Engineers in Japan as a military master planner.

Military background: After graduating from the U.S. Military Academy, Gooden served in the Army as an engineer officer for five years. He was a platoon leader and then project engineer with the Army Corps of Engineers and deployed to Iraq in 2017 to set up and run operations for an engineer task force in Baghdad. In his last assignment with the Corps, he was a military master planner in Japan.

Transferrable skills: “You learn how to lead and execute during challenging and stressful times,” Gooden said. He also learned that projects involve more than funding and design. It’s also critical to address the needs of stakeholders, just as JPMorgan Chase works to meet clients’ needs when making large, complex real estate transactions a reality.

Military background: After graduating from West Point, he served for six years as an infantry officer in the Army. He completed Ranger, Airborne and Jumpmaster Schools and served in various roles, including scout platoon leader, headquarter company executive officer and brigade assistant operations officer.

Transferrable skills: Roughly 6% of Pinnacle employees are veterans, and Johnson attests to the invaluable training the military provides. “As a soldier, you learn about teamwork and leadership. You learn to respect others. You learn how important it is to have a strong work ethic and to refuse to quit any important task,” Johnson said. “Most importantly, you learn about honor and integrity—doing the right thing even when it is hard.”

How he’s helping veterans: Krackeler rents several of his San Jose, California, properties to homeless veterans through All the Way Home. He has also gotten his property management company involved in the campaign.

Additionally, he volunteers with the Fisher House Foundation, which builds homes where military and veteran families can stay free of charge while a loved one is in the hospital. Once a month, Krackeler has a trained chef prepare dinner for the families staying at the house. Additionally, his company supplies a number of grocery items requested each month by Fisher House staff. 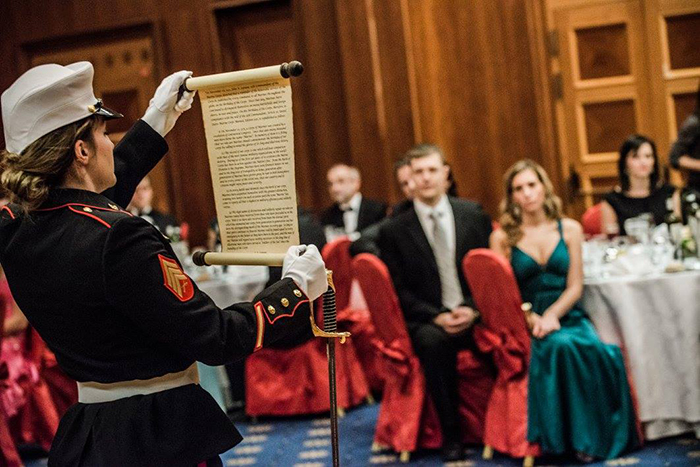 As a Marine security guard, Sgt. Andrea Lyday was stationed at the U.S. Embassy in Prague and Managua, Nicaragua, and the U.S. Consulate in Shanghai.

Military background: Lyday served for six years in the U.S. Marine Corps. She began her career as an intelligence specialist, then became a Marine security guard stationed at embassy and consulate locations around the world.

Transferrable skills: “My military career has heavily influenced my career at JPMorgan Chase,” Lyday said. She’s among the first female direct hires through the Military Pathways Development Program. “I would not be in the position I am in today without my military background.” 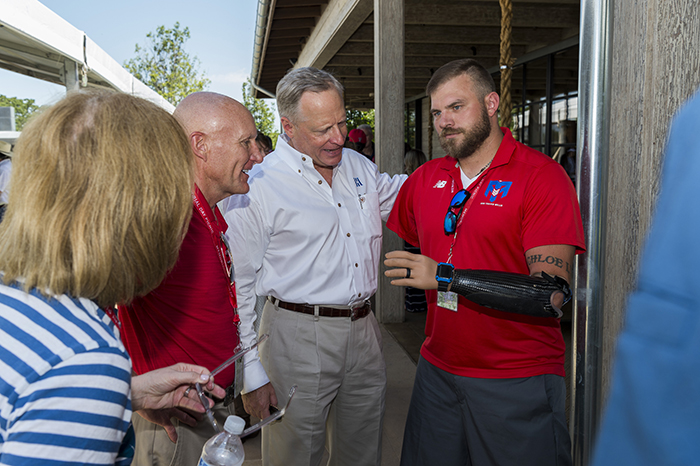 How he’s helping veterans: Hillwood collaborates with many veteran organizations. The company provides funding, land and volunteers to Building Homes for Heroes, which provides wounded warriors with mortgage-free housing within its communities.

Together with the Brothers In Arms Foundation, Hillwood Airways provides honor flights to transport the families of fallen service members to their funeral services. 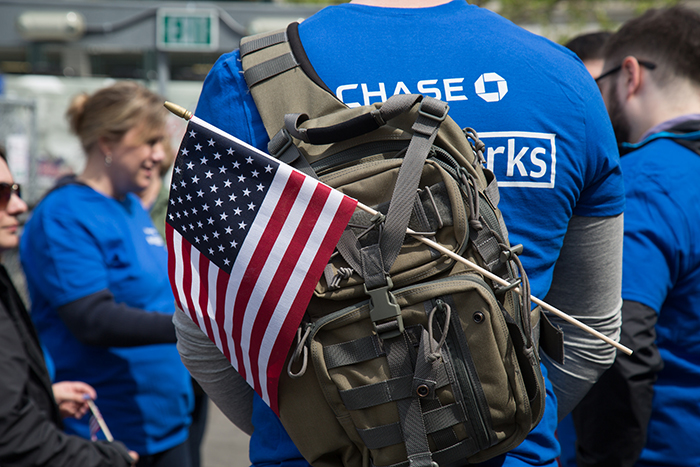 Since 2014, JPMorgan Chase has been a title sponsor for Carry the Load, a nonprofit organization that provides active ways to honor the nation’s military, veterans and first responders.

In the military, you are taught to work as a team as you cannot win a battle single-handedly. The same is true in commercial real estate.

Military background: Sandberg joined the Army as an Airborne infantryman after high school. He deployed to Iraq and Afghanistan, where he served as a squad leader in his unit. He sustained significant injuries during his second tour and received a yearlong recovery timeline. Sandberg found this unacceptable and worked tirelessly with the staff at Walter Reed National Military Medical Center to return and finish the tour with his unit.

Transferrable skills: Sandberg has a sixth sense for reading people, which he developed while serving in Iraq. His time in the military also taught him to think outside the box and work until the mission is complete, not just until it’s time to clock out.