Could the Labor Shortage Boost Productivity?

The U.S. faces a shrinking workforce for years to come. But in a twist on history, today’s productivity technologies could mutually benefit companies and workers.

What's behind our persistent labor shortage

Job openings are at a record high, and the pandemic is only partly to blame. Over the past decade, job creation consistently outpaced the growth of the working-age population. Many companies will find labor shortages to be an ongoing challenge. 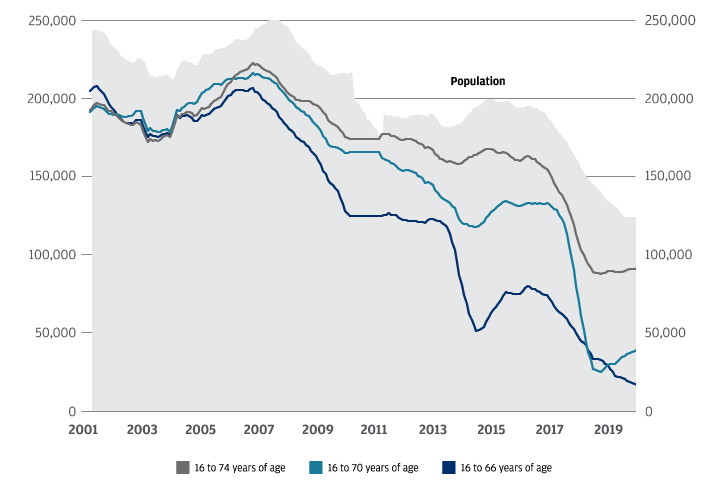 There is no straightforward way to expand the workforce. Policy shifts like immigration reform and unemployment benefit cuts are unlikely to entice enough workers to fill the emerging shortage. In local battlegrounds over talent, companies may seek to entice more workers with higher wages and more benefits, but this could lead to other challenges.

Leaping beyond the productivity gap

As labor becomes scarce, businesses will need to find a way to increase production without taking on new staff. The likely answer is an old one—automation—but a combination of surging productivity and labor scarcity could put workers in an advantageous position.

In the near term, watch the pace of job creation. If it continues to outstrip population growth, a labor shortage is coming. In the longer run, look to productivity and wages’ share of GDP for signs of relief.