We are aiming to emerge from the first phase of this crisis. Our households have gained a sense of the short-term effects of isolation, mass quarantines, travel restrictions and social distancing measures. In parts, the novelty of these arrangements has united nations, including a newfound federalist sentiment amongst European nations.

The long-term impact of the pandemic is likely to be profound, prompting huge changes to consumer behaviour as well as relations between trading blocs and the assessment of credit risk by financial institutions.

Companies that ignore or underestimate these seismic shifts will do so at their peril. After an initial round of introspection sparked by issues such as access to liquidity and adjustments to deteriorating operating performance, corporations must start to think ahead about the second round of effects and imagine their role in an altered economy. Investors will hold boards and corporate strategists to account for any perceived complacency and lingering hopes that things will just go back to normal.

So, faced with an unprecedented threat to the global economy, how should corporate strategies adapt and evolve to ensure companies emerge stronger and better differentiated after the crisis? Where will we see the most dramatic shifts in consumer behaviour and who is set to benefit the most?

As we experienced in the wake of the global financial crisis, the main impact of this pandemic will be felt in people’s pockets. Millions of consumers affected by job uncertainty, a slowly recovering economy and the threat of re-infection will cut spending, increase savings for a rainy day and demand better value for money.

Some sectors will flounder while others flourish. We are likely to travel less for non-critical purposes, rely even further on technology, boosting digital interaction online for work, socially and when shopping for goods, further exposing the bricks-andmortar model, while increasing our scrutiny of data privacy and the legitimacy of information available online. At the same time we will have greater health awareness as we seek to boost our immune systems and wellbeing, accelerate the adoption of clean sources of energy, examine product safety and its provenance, and generally enhance our ethical thresholds.

One of the ironies of the pandemic and its related socialdistancing measures is that it is bringing people closer together. In this changing world, it is likely to have the same effect on corporations, sparking a fresh wave of consolidation as they seek out the benefits of scale to adapt to this new order. Through business combinations, companies will gain the necessary resources to access new skills and technology, accelerate innovation efficiently, responsibly reduce their cost base, while reducing capacity in the worst hit sectors.

Increased scale will also address the possible long-term changes in parts of the financial sector’s attitude to credit risk. The financial sector, while more strongly capitalised and supervised than in the financial crisis will nevertheless emerge from the pandemic somewhat traumatized by the sheer scale of credit requested and granted during the crisis, not only from corporations but critically also from consumers as well as medium and small businesses. In this environment, highly adaptive industry leaders with top-notch capabilities and well capitalised balance sheets will be in the best position to secure recurrent access to the market with the most attractive terms and conditions.

Perhaps the greatest unknown, however, is the degree of government intervention, the extent to which elected officials will promote combinations from within their own regions, if not countries, while preventing foreign acquirers from entering their borders and promoting vertical integration to enhance self-sufficiency and reduce dependency on “untrusted” outside partners.

In this scenario where we witness resurgent nationalism, the U.S. stands to gain most if it chooses to promote combinations between its own companies that already account for many of the world's largest corporations and are naturally exposed to the world’s largest economy. This potential continuation of last year’s trend for mega-mergers between U.S. companies won’t be immune to cross-border issues but is facilitated by the U.S. disproportionate global influence and technical factors such as U.S. investors’ willingness to embrace domestic all-stock mergers, all of which could bring momentum and a powerful head start.

This creates a major challenge for European and Japanese world-class companies that must avoid losing scale and competitive advantage by confronting head-on that 2019 trend by creating their own transformative combinations. It won’t be easy. They’ll need to fight complacency and find an appetite for change and risk, they will need to embrace multi-lateral engagement across regions, and find the desire to stand toe-to-toe with their U.S. counterparts. Otherwise, there is a real danger they will get left behind, creating knock-on effects for consumers in their own trading blocs who may become more dependent on the offerings of distantly controlled multi-nationals.

In order to prosper and in some cases survive, corporations from around the globe must evolve – and fast. The benefit and competitive advantage of scale will in almost all cases be worth whatever pain and complexity is required to get there. If boards and corporate strategists are seen to be asleep as this crisis unravels, investors will punish them for their slumber. 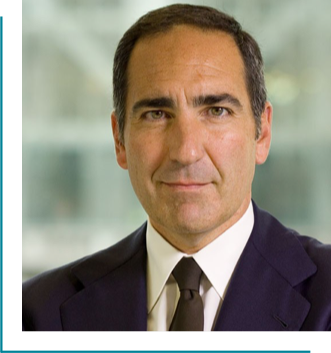 Delta Charts Recovery Course
In the largest single airline bond ever issued, J.P. Morgan leads $3.5 billion financing in market-defining transaction.
Read More
COVID-19’s Ongoing Impact
Earnings season highlights how much the global pandemic has affected companies, while lack of market visibility arising from ongoing uncertainty is triggering the need for hard decisions.
Learn More
Media Consumption in the Age of COVID-19
Against the backdrop of the Coronavirus pandemic, increased media consumption is helping to fill the time.
Read Article