John: Oxford University and J.P.Morgan are two iconic, world-class institutions. So, for us to come together and work together on this sterling bond transaction made an awful lot of sense.

Louise: This deal is enormously significant for us. We operate in conditions of considerable uncertainty. We have the uncertainty around Brexit. We have a decline in public funding. So, we wanted to have the freedom to invest in our future. Our mission is simple. It is to teach, to do research and to improve the society in which we live. So, we need to have globally competitive facilities and we need to be able to attract the best people from around the world. We wanted to ensure that we would be able to provide world-class education in 100 years' time, just as we do today.

Fraser: Both proud institutions, with legacies. Both very keen to focus on what we could leave, ourselves, as a legacy.

Selma: I think it speaks volumes the fact that an institution like Oxford University has chosen us to be a sole lead manager for this transaction.

John: Oxford University chose J.P.Morgan because they believed we could help them execute a ground-breaking transaction on their behalf. Numerous firsts. AAA rating which we helped them achieve. A debut transaction. A century bond, which nobody has done before in the UK market. And actually, the largest ever university transaction in the world, at 750 million pounds.

Louise: We were attracted to J.P.Morgan because of their experience. J.P.Morgan brought a real expertise that we lacked. Most other bankers doubted that we could do it. J.P.Morgan had the confidence that we would, and we shared that confidence, so we thought we would be good partners.

Fraer: In that there was very much a meeting of minds. We very much believed that the transaction was doable. In fact, the very maturity of the bond, at 100 years, was a vote of confidence from the investor community as well. The fact that they recognized the legacy of Oxford University, the story and everything it stands for.

John: The London Stock Exchange made contact with us to invite us, and Oxford, to go and open the market to celebrate the transaction. That was incredibly exciting. A great honor, and a privilege to be there, as part of that deal.

Giles: J.P.Morgan's role was obviously crucial. Their credit teams gave us excellent advice on the ratings side, and the investment banking team helped us manage through a process much more rapidly than we thought we could actually when we started out.

Selma: This was a ceremony and a celebration, where all parties came together. For me, it was quite a special moment in my career.

Louise: We interpret the success of this bond as a statement of confidence by the markets in education generally, and in particular in the University of

John: Oxford University was founded in the 11th century. They want to be around for another 900 years, and this fund-raising is going to help them with that.

Oxford University has enlisted J.P. Morgan to lead the first bond sale in its 850-year history. The university, home to 50 Nobel Prize winners, reached out to the firm for its £750 million debut debt issue. At 100 years, the bond will have the longest maturity of any from a British university and longer than any public issue of U.K. government bonds or gilts.

In addition to evaluating an opportunity to raise long-dated sterling debt, the firm also helped the university achieve a triple-A credit rating. 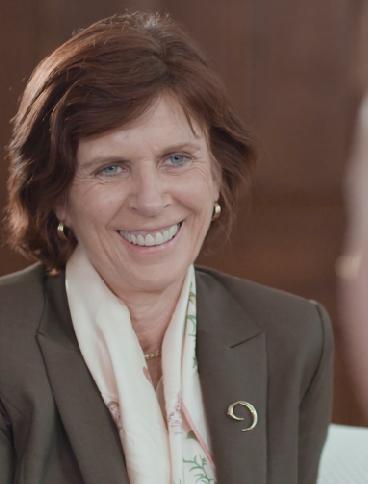 “We interpret the success of this bond as a statement of confidence by the markets in education generally, and in particular, in the University of Oxford.”

The university's vice-chancellor, Professor Louise Richardson, said in interviews that the success of the sale will give them "confidence and freedom" to spend on major developments, with plans to invest £1.5 billion in building projects over the next 10 to 15 years.

While individual colleges at Oxford have issued debt in the past, this is the first time that the university as a whole has tapped the market.

A Debut Transaction in Georgia
J.P. Morgan acts as development finance structuring agent and leads the first green bond offering for a longstanding client in the country of Georgia.
Read Article
Delta Charts Recovery Course
As part of efforts to improve liquidity in response to the impacts of COVID-19 on the global airline industry, it was the first U.S. airline to tap the bond market.
Read Article
2020 Proxy Season
Key trends include new partnerships among investors and private equity, continued ESG activism with specific focus on race and gender diversity, and more.
Read Article