Financing a Community
Lifeline in Colombia

Financing a
Community Lifeline
in Colombia

Situated in mountains and lush jungle, Colombia’s southern border with Ecuador is one of the most remote regions of the country with 40% of people living below the poverty line, significantly above the national average. 1

In a bid to boost economic activity, the Colombian government launched a plan to create an 84km toll road connecting the municipal capital of Pasto to a border village called Rumichaca.

Crucially for the predominantly agricultural economy, the highway will lower the costs of getting crops to market by cutting travel times by 50% and lifting trade and tourism with neighboring Ecuador. With an overall budget of $840 million, the project includes the construction of a dual carriageway, 13 bridges and a new toll station.

“After winning the concession, the lead sponsor approached J.P. Morgan for financing in 2016,” said Ignacio Alvarez-Cedron, who helped lead the financing for J.P. Morgan in partnership with Santander. “We realized it required a unique solution.”

One challenge facing the project was the source of funding. Colombian banks had little experience with project finance and the risks associated with project construction and future revenue streams. In addition, the required amount of $575 million was larger than what the country’s domestic capital markets traditionally accommodated.

“So we opted for the deal to be entirely in dollars, funneling international capital into a ‘green field’ infrastructure project in Colombia,” explained Alvarez-Cedron.

But with the dollar financing came a potential headache for the client. Most of their revenues will come in pesos from toll fees and so any movement between currencies could have an adverse impact. Leveraging the J.P. Morgan franchise, the team worked with derivatives marketing to produce an option that allowed the sponsor to hedge its currency risk. The specific and rare nature of the derivative – an 8-year call spread on Colombian pesos – was something few other banks could have proposed and executed.

With the financing plan in place, the project began seeking permission to begin construction from the indigenous communities whose land would be impacted by the road. Five of the six communities responded positively, but one entered negotiations with the government to first secure increased investment in their village.

“We were clear that J.P. Morgan would not be involved in any construction that did not have the free, prior, informed consent of indigenous people so that section of the road was carved out of the project perimeter until the community’s consent could be obtained and construction was limited to areas where community approval had been achieved,” said Juan Carlos De Yeregui, a J.P. Morgan Global Corporate Banker based in Bogota.

To that end, the sponsor requested a bridge loan from J.P. Morgan, but before the loan could be made the firm dispatched a team from London to assess the situation from a global environmental and social risk management (GESRM) perspective. The team conducted a site visit and met with project staff, local communities and external consultants to ensure the project complied with J.P. Morgan’s lending standards – and ultimately approved the loan.

Some 19% of the highway has now been built, with completion expected in the first quarter of 2022 as the project pursues the consent of all communities. The project has created an estimated 2,000 jobs. 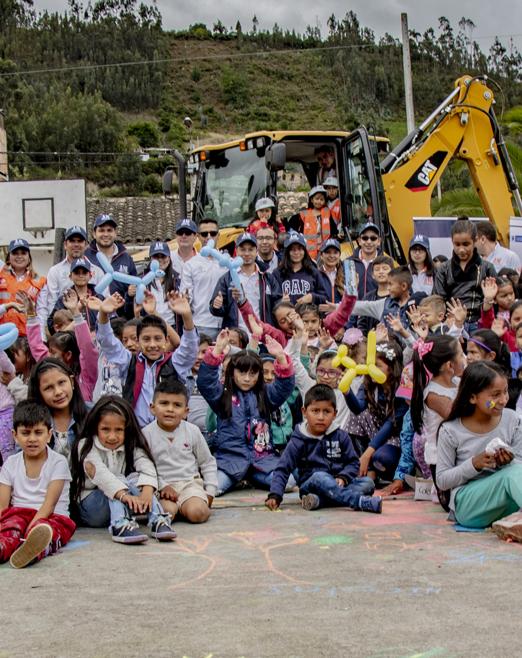 “This has been a great team effort, with near-daily calls between my team, Latin America Debt Capital Markets, client coverage in Madrid and Bogota, GESRM, derivatives marketing, and syndicate, which brought together the lender group,” said Daniel Zelikow, global co-head of Infrastructure Finance and Advisory.

“The highway is part of a nationwide $30 billion infrastructure initiative and the way J.P. Morgan handled the transaction’s challenges can be used as a model in Colombia and beyond.”

Colombia is Latin America’s fourth largest economy and the financing represents one of J.P. Morgan’s most significant transactions in the country.

“With our large local presence, we are fully committed to Colombia and proud of bringing foreign investment to a country we see sustaining a positive growth path,” said De Yeregui.