THE HERALD: US Banking Giant Shows Commitment to Glasgow as Move to New Base Nears 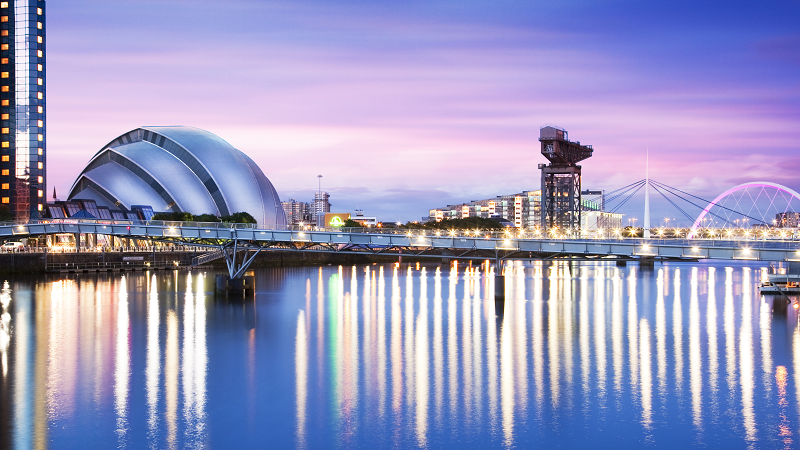 JPMORGAN Chase has underlined its long-term commitment to Glasgow as it prepares to move to a huge new base in the city centre.

The New York-based investment bank has been a mainstay in Glasgow’s International Financial Services District for more than two decades.

More than 2,200 people are now employed by JPMC across two offices, on Waterloo Street and Bothwell Street, with the operation playing a key role for the bank as a global technical centre.

The Glasgow operation has grown in the city throughout the pandemic, and it is expected that its headcount will expand further when it moves to a new home on Argyle Street. The 13-storey building is forecast to be completed at some stage in 2023.

Speaking on a recent visit to Glasgow, Lori Beer, chief information officer at JPMC, told The Herald that the hub plays a crucial role in supporting the bank’s operations around the world.

And she expects the team to become larger and more influential still.

Ms Beer said: “Across the globe, there is a lot of competition for tech talent. I think the pandemic only further emphasised that, because everyone is trying to digitise things faster.

“I think that is just a strong message of the value creation we see coming out of this location.”

Ms Beer noted that the bank has a “line of sight” to increase the Glasgow team to 2,400, adding that the new building will have the capacity to include 1,000 more on top of that.

The new office will primarily be a “tech centre”. Ms Beer said: “We are still the number one tech employer in Scotland. The way tech is built today is highly collaborative, [so] collaboration spaces, [and] amenities to attract the top tech talent [will feature].”

The Glasgow operation includes a high proportion of senior figures of the bank’s global leadership. These include people helping to lead the bank’s public cloud and data strategies, with the latter focused on how to “unleash the power of our data through AI (artificial intelligence), machine learning etcetera.”

Ms Beer said there is also a “high density” in Glasgow when it comes to membership of the bank’s Distinguished Engineers programme, which includes its most senior engineers.

She said: “The reason we keep growing here is that it has been an incredibly successful tech hub for JPMorgan.”

Highlighting the strength of skills emerging from the city’s “university pipeline”, Ms Beer said: “The talent has just been incredible.”

Ms Beer also emphasised the diversity of the Glasgow hub, stating that the representation of women in tech in the workforce is nearly double that of the local market.

This is helped by numerous development programmes within the bank, she said, including sessions specifically for returners to the workplace to brush up on their skills.

“At the end of the day it is the culture,” Ms Beer said. “The amount of inclusion that we try to create, the fact that we have development programmes both across the engineering discipline as well as the leadership discipline.”

She added: “It becomes a circle that fulfils itself, because if women see we are making the investment in their careers, if women see we are supporting and uplifting other women, and providing the support and the affinity groups [it helps]. I think that is a lot of it.”

Ms Beer underlined the loyalty shown by staff in Glasgow. She explained that this is helped by the fact the bank has nine different business units with the engineering teams in the city, each offering different career paths.

Meanwhile, Ms Beer said JPMC is committed to helping the fintech scene grow in Scotland, noting that the bank, a member of FinTech Scotland, regularly works in partnership, invests in and acquires fintech companies.

Last week it announced the acquisition of US firm Renovite Technologies, a payment processing business which has employees in Scotland, and is also a member of FinTech Scotland.

Despite recent press reports suggesting that the bank’s chief executive Jamie Dimon is keen for its staff to return to offices full time, Ms Beer said JPMC is “pretty much aligned with the market” in offering hybrid working.

The bank is investing in tools that can help improve remote collaborative working, she noted.

Originally published by The Herald on September 20, 2022.