Rishi Sunak won the contest to become the next U.K. prime minster. J.P. Morgan Research takes a look at the outlook for U.K. growth and stocks, as Sunak attempts to shore up the economy.

Sunak takes over from Liz Truss, the shortest-serving prime minster in British history, after her flagship economic plan, the so-called “mini-budget” was rejected by investors, causing a meltdown in financial markets, sending U.K. assets sliding.

The budget, which presented a raft of unfunded tax cuts at a time when the government was already dealing with a substantial current account deficit, a weak currency, high inflation and an economy edging into recession forced the Bank of England to step in to stabilize bond markets.

Truss fired her finance minister Kwasi Kwarteng, in a move intended to save her premiership, appointing Jeremy Hunt in his place. Hunt reversed most of Truss’s fiscal plans before she resigned, ahead of Rishi Sunak’s formal ascent to prime minister.

Sunak said, “mistakes were made” by his predecessor, promising “economic stability and confidence.” The new prime minister’s top priority will now be to tackle an economic crisis, with many Britons struggling to cope with the sharp rise in the cost of living and surging energy bills.

What is the Growth Outlook for the UK?

As the favorite to replace Truss, markets reacted positively to Sunak’s victory. But the former chancellor now has the task of trying to stabilize the U.K. economy after a period of intense market volatility, warning of a “profound economic challenge” that requires “stability and unity.”

Hunt is expected to stay in place as the finance minister for now, setting a significant multi-year fiscal tightening plan amounting to around £70 billion ($79 billion) or (2.5% of GDP by 2025). Media reports suggest the U.K. Treasury is working with a figure closer to £72 billion in mind.

This goes beyond simply reversing the Truss tax cuts — it is the estimated tightening that is required to ensure fiscal sustainability and has grown larger as a result of growth disappointments and higher interest rates — partly due to the mini-budget. Even with the government’s recent U-turn, yields have not fallen back to prior levels and look unlikely to do so.

We expect the combination of a sentiment shock and a significant tightening in fiscal policy will result in a deeper and longer recession followed by a very weak period of growth in the next few years.

J.P. Morgan Research estimates the fiscal deficit will be close to 5% of GDP next year, falling back towards 2% in the medium term. This would leave the debt to GDP ratio peaking at just below 100% in 2023/24 and on a falling trajectory after that.

“We think the risks around these projections are still to the downside: a larger fiscal tightening may be necessary if growth disappoints or if interest rates move higher than expected,” said Allan Monks, U.K. Economist at J.P. Morgan.

If the U.K. government go ahead with £72 billion in fiscal tightening, it only just about stabilizes the government’s targeted debt to GDP ratio, assuming interest rates fall back closer to 2% over the medium term.

J.P. Morgan Research recently revised its U.K. growth forecasts down, assuming a further 0.2 percentage point drag in 4Q22 from these sources, which would take the hit from over the next year closer to 0.8%. The cumulative GDP drag then builds to over 1% by 2025, assuming this is when the public spending cuts will be concentrated.

“There are many assumptions involved in these estimates and significant uncertainty around the projections. But we expect the combination of a sentiment shock and a significant tightening in fiscal policy will result in a deeper and longer recession followed by a very weak period of growth in the next few years. We have revised down our year-ahead GDP profile by 0.8%, with the cumulative drag reaching 1.3% by 2025 as the spending cuts hit hard,” added Monks.

J.P. Morgan Research has recently revised its U.K. growth forecasts down, assuming a further 0.2 percentage point drag in 4Q22, taking the hit from over the next year closer to 0.8%.

What is the Outlook for the UK Stock Market and British Pound?

J.P. Morgan Research remains bullish on U.K. equities, despite the recent political turmoil, having upgraded the FTSE 100 to OW (overweight) last November, after being cautious on the region for six years.

“In local currency, the U.K. is the best performing region this year. Currency is an important driver of the FTSE 100 relative performance. The index derives nearly 70% of its revenues from abroad,” said Mislav Matejka, Head of Global Equity Strategy at J.P. Morgan.

The weaker currency is set to continue to be a significant boost to earnings for U.K. large caps and historically, there has been a strong inverse correlation between the relative performance of U.K. equities and the British pound.

The UK is the best performing region this year

In local currency and U.S. dollars, the U.K. is the best performing region this year.

The outlook for British pound for 2023 remains muted, even after the resignation of Liz Truss. The installment of Jeremy Hunt as chancellor proved more impactful for sterling than the prime minister’s resignation, since most of the tax cuts and fiscal largesse had already been unwound.

“While sterling did rise following the appointment of Sunak, the fiscal U-turns executed over the last week have already exhausted a significant degree of upside for sterling,” wrote analysts led by Meera Chandan, Co-Head of Global FX Strategy at J.P. Morgan.

This suggests that the fiscal risk embedded in sterling has already been significantly de-priced, leaving rather limited upside to boost sterling much higher from current levels. This also roughly aligns with the J.P. Morgan scenario analysis which suggests a British pound / U.S. dollar peak of around $1.15, estimated under the Truss regime’s best-case fiscal and monetary policy outcomes.

“Taking a step back, but consistent with the above – this week's events are the latest in a series of political disruptions that reaffirm our view that investors should rightly expect a semi-permanent political risk premium embedded in GBP (especially considering general elections due in 2024 and with the Scottish referendum question outstanding),” added Chandan. 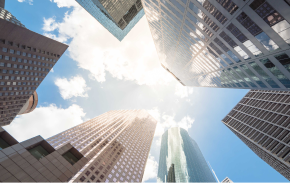 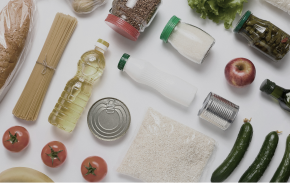 Are consumers spending less as costs of living rise?

What can real estate reveal about the move to return to the office?

This communication has been prepared based upon information, including market prices, data and other information, from sources believed to be reliable, but    J.P. Morgan does not warrant its completeness or accuracy except with respect to any disclosures relative to J.P. Morgan and/or its affiliates and an analyst's involvement with any company (or security, other financial product or other asset class) that may be the subject of this communication. Any opinions and estimates constitute our judgment as of the date of this material and are subject to change without notice. Past performance is not indicative of future results. This communication is not intended as an offer or solicitation for the purchase or sale of any financial instrument. J.P. Morgan Research does not provide individually tailored investment advice. Any opinions and recommendations herein do not take into account individual client circumstances, objectives, or needs and are not intended as recommendations of particular securities, financial instruments or strategies to particular clients. You must make your own independent decisions regarding any securities, financial instruments or strategies mentioned or related to the information herein. Periodic updates may be provided on companies, issuers or industries based on specific developments or announcements, market conditions or any other publicly available information. However, J.P. Morgan may be restricted from updating information contained in this communication for regulatory or other reasons. Clients should contact analysts and execute transactions through a J.P. Morgan subsidiary or affiliate in their home jurisdiction unless governing law permits otherwise.